In recent years, Empa has worked with an external hydraulics specialist to develop a fully variable electrohydraulic valve control system. called FlexWork, which can be used for internal combustion engines and other thermal/pneumatic machines. Fully variable means that the valve lift as well as the opening and closing timing can be freely adjusted – even from one cycle to the next. When used on an internal combustion engine, this flexibility provides new degrees of freedom for optimization. For example, the load on gasoline engines can be adjusted without a throttle valve and from one cycle to the next, the full load can be optimized and the engine can be adapted to different fuels "by software". 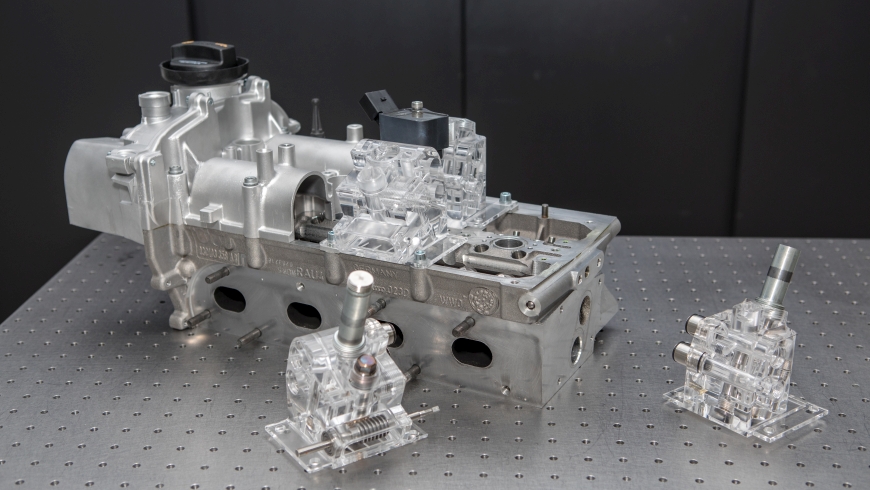 The Empa team has built the valve train on a gasoline engine and is now exploring the possibilities offered by this new technology. One variant of load control is cylinder deactivation. This means that, in the partial load range, individual cylinders are operated at high load, while others are switched off completely by keeping all valves closed. However, the sudden transition from an operation with all cylinders to an operation with some cylinders shut down would result in undesirable torque peaks, so the transition must be smooth. In systems on the market today without a fully variable valve timing, such cylinder deactivation is triggered by ignition interventions that greatly reduce efficiency. With Empa's fully variable valve control system individual cylinders can be shut down without any loss of efficiency.

Links
Etavalve GmbH
The company was founded in 2020 by Wolfgang Schneider with the main focus on the transformation of the Empa variable valve train “Flexwork” on its way to industrialization.
Follow us