Oil and gas production in the US

Air measurements at 49 sites all over the world show that, since 2010, long-declining global atmospheric ethane concentrations are on the uptick again in the Northern Hemisphere. The new study by an international team of researchers, published in Nature Geoscience, concluded that the rise was most likely largely due to greater oil and gas production in the US. 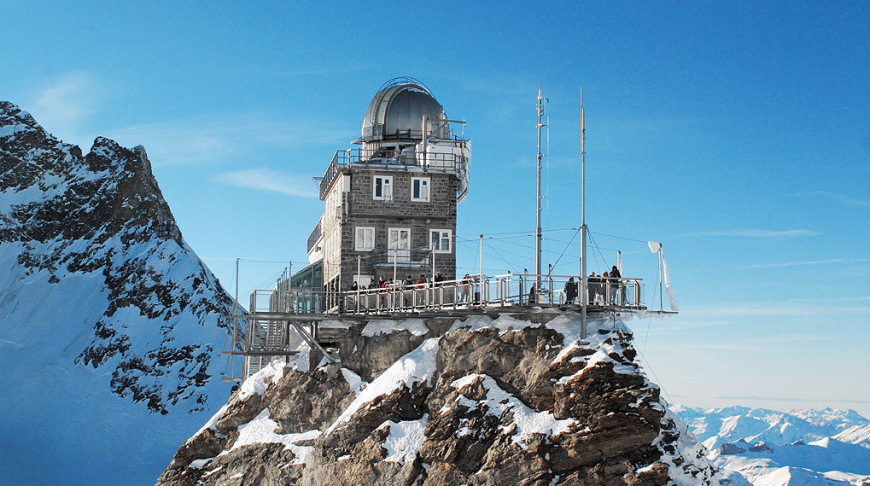 Empa is part of a global atmospheric research network and collects data and air samples at Jungfraujoch. (Picture: www.jungfrau.ch)

Ethane, propane and a host of other NMHCs are released naturally by the seepage of fossil carbon deposits, volcanic activity and wildfires. But human activities, which also include biomass burning and industrial use, constitute roughly three-quarters of the atmospheric ethane that is being emitted worldwide.

The decline of ethane and other non-methane hydrocarbons (NMHC) starting around 1970 is believed to be primarily due to better emission controls. This resulted in reduced emissions from oil and gas production, storage and distribution, as well as combustion exhaust from cars and trucks.

But about 60 percent of the drop in ethane levels over the past 40 years has already been made up in the past five years, the researchers warn. If this rate continues, ethane concentrations are bound to return to their maximum levels from the 1970s in only about three more years. It is very rare for changes in atmospheric gases to occur that quickly or dramatically.

The air samples that were analyzed for the study were collected from more than 40 sites around the world, including Jungfraujoch. More than 30,000 soda bottle-sized air containers were sampled at the National Oceanic and Atmospheric Administration’s (NOAA) Earth Systems Research Laboratory in Boulder over the past decade.

Among the air sampling locations around the world, the study showed, the largest increases in ethane and shorter-lived propane were seen over the central and eastern United States, areas of heavy oil and gas activity. The researchers thus concluded that added emissions from U.S. oil and gas drilling have been the primary source for the atmospheric ethane trend reversal. The study also indicated that emissions of total NMHC in the Northern Hemisphere are now increasing by roughly 1.2 million tons annually.

A component of natural gas, ethane plays an important role in Earth’s atmosphere. As it breaks down near Earth’s surface it can create ground-based ozone pollution, a health and environmental risk. Chemical models by the team show that the increase in ethane and other associated hydrocarbons will likely cause additional ground-based ozone production, particularly in the summer months.

The study was led by researchers from the University of Colorado Boulder and, besides Empa, also included scientists from Germany, England, Belgium and New Zealand.