Limiting global warming to 1.5 degrees requires the energy system to be restructured as quickly as possible. But the speed of this transformation is physically limited. An Empa study now calculates the influence of energy storage systems on the maximum possible transition speed – and thus also on the probability of successfully mastering the climate crisis. 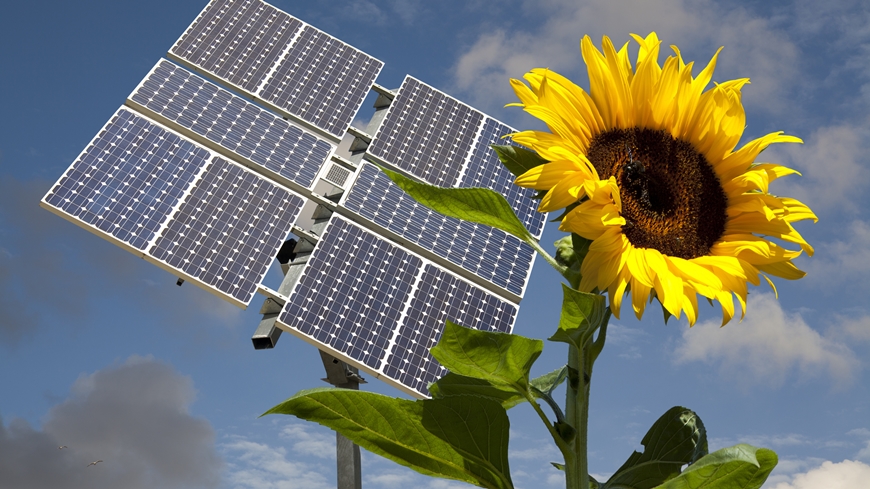 Sunflower society: Aligning energy needs with the position of the sun. Image: istock

Building infrastructure for a renewable energy system, such as solar panels and batteries, requires a lot of energy in and by itself. At the beginning of the transition to a climate-friendly society, it can only be delivered by the existing, predominantly fossil energy system – and therefore causes CO2 emissions. However, the more fossil energy and thus emissions are "invested" in the beginning, the faster the transition will proceed – and, even more importantly, – the fewer greenhouse gases will be released into the environment in total.

Storage facilities play an important role in scenarios for restructuring the energy industry – from batteries to pumped-storage power plants to synthetic fuels from renewable sources. If they are built and operated in addition to the solar infrastructure on roofs and facades, the energy demand for the transition will increase. Scenarios developed by researchers in Empa's Technology and Society lab now show that the more storage facilities are being built, the longer the system transformation will take and the higher the overall greenhouse gas emissions will be – depending, of course, on the technologies used and on technological progress. 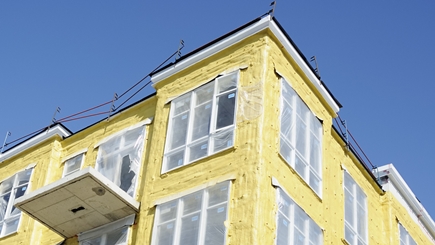 One example: If we wanted to maintain our current energy use habits, about 60 percent of the world's solar energy output would need to be stored – and the overall storage capacity would need to be large enough to supply the world's entire energy demand for about three weeks. Even under extremely optimistic assumptions, this scenario would exceed the 1.5 degree target with at least a 50 percent probability.

However, the storage requirement can be significantly reduced through technical measures. For example, the electrification of heating systems for buildings and intelligent appliance controls in many cases allow demand patterns to be made more flexible without having to change the users' energy behavior. Such a scenario could already cut storage requirements by about half.

For the 1.5 degree target, this would mean: In the best case, it would only be exceeded with a probability of 14 percent – namely, if primarily pumped-storage power plants with a high efficiency were used for energy storage. If, on the other hand, a lot of energy were stored in synthetic fuels at today's technical level with a rather low efficiency, the target would hardly be achievable. By comparison, an energy industry that requires hardly any storage could reduce the probability of exceeding the 1.5 degree target to a mere 3 percent.

The sunflower as a model

Energy storage therefore has a fundamental influence on the dynamics of the transition and its consequences on climate: The less storage is needed, the faster we can dispense with fossil fuels. Admittedly, this requires a paradigm shift: away from a demand-driven energy system, in which everyone can use energy when they want it. And toward an energy system that follows the path of the sun.

The basic idea of this "sunflower society": Consumers such as industry, transport, households and public institutions concentrate their energy-intensive activities, if at all possible, around midday and in the summer. At night and in winter, on the other hand, they are minimized.

Conceivable measures would be, for example, to replace "active" energy measures with "passive" ones. This means, for example, promoting efficient building insulation instead of heating systems, which have a particularly negative impact in winter. Although the production of such insulation requires energy, it could be produced in times of energy surplus. Or switch to means of transport such as trolley buses, which do not require storage. Simple changes in consumer behavior can also make a contribution, for example by running the washing machine at lunchtime instead of overnight.

Conclusion: If implemented consistently, the sunflower society would have the potential to significantly minimize climate risks and considerably accelerate the transformation of the energy system. This would not only help protect the climate, but also conserve resources and reduce costs, because energy storage systems are also material-intensive and expensive.

In the Empa study, the global transformation of the energy system was investigated by taking into account feedbacks in the energy balance. The global energy system with all its components was computationally combined into two separate parts, so-called machines: a fossil machine, i.e. today's energy system, and a solar one, the future system including energy storage. Both machines supply energy to society. But the solar machine must first be created or built by using additional energy. Depending on the amount of fossil investment, the reinvestment of solar energy during the transition, the storage technology considering the technical progress as well as the size of the required storage, different scenarios with faster or slower transition phases and with higher or lower CO2 emissions result. The study was funded by the Swiss National Science Foundation (SNSF) as part of the National Research Program (NRP) 73, Sustainable Economy.

Scientific publication to the media release