A swarm of 3D printing drones for construction and repair

An international research team led by drone expert Mirko Kovac of Empa and Imperial College London has taken bees as a model to develop a swarm of cooperative, 3D-printing drones. Under human control, these flying robots work as a team to print 3D materials for building or repairing structures while flying, as the scientists report in the cover story of the latest issue of Nature. 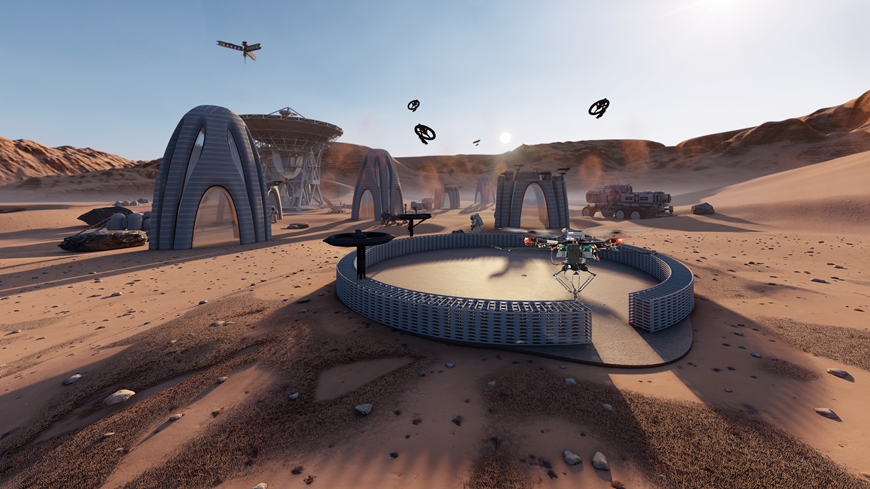 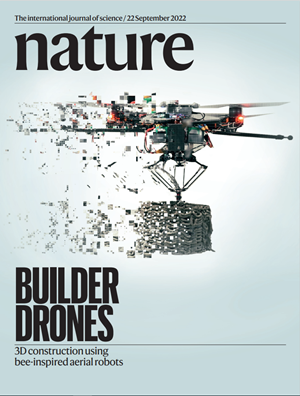 3D printing is gaining momentum in the construction industry. Both on-site and in the factory, static and mobile robots print materials for use in construction projects, such as steel and concrete structures.

A new approach to 3D printing - led in its development by Imperial College London and Empa, the Swiss Federal Laboratories of Materials Science and Technology - uses flying robots, known as drones, that use collective building methods inspired by natural builders like bees and wasps.

The system, called Aerial Additive Manufacturing (Aerial-AM), involves a fleet of drones working together from a single blueprint.

It consists of BuilDrones, which deposit materials during flight, and quality-controlling ScanDrones, which continually measure the BuilDrones’ output and inform their next manufacturing steps.

The researchers say that in contrast to alternative methods, in-flight 3D printing unlocks doors that will lead to on-site manufacturing and building in difficult-to-access or dangerous locations such as post-disaster relief construction and tall buildings or infrastructure.

The research was Led by Professor Mirko Kovac of Imperial’s Department of Aeronautics and Empa's Materials and Technology Center of Robotics.

Professor Kovac said: “We’ve proved the concept that drones can work autonomously and in tandem to construct and repair buildings, at least in the lab. This scalable solution could help construction and repair in difficult-to-reach areas, like tall buildings.”

Aerial-AM uses both a 3D printing and path-planning framework so the drones can adapt to variations in geometry of the structure as a build progresses.

The drones are fully autonomous in flight, but there is a human controller in the loop can monitor progress and intervene if necessary, based on the information provided by the drones. 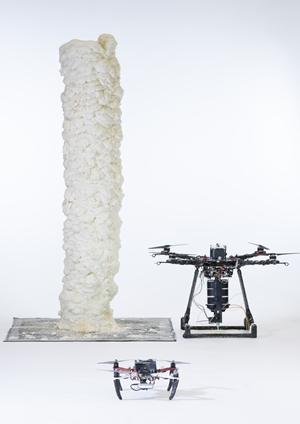 To test the concept, the researchers developed four cement-like mixtures for the drones to build with.

Throughout the build, the drones assess the printed geometry in real time and adapt their behaviour to ensure they meet the build specifications, with manufacturing accuracy of five millimetres.

The technology offers future possibilities for building and repairing structures in unbounded, high or other hard-to-access locations. Next the researchers will work with construction companies to validate the solutions and provide repair and manufacturing capabilities. They believe the technology will provide significant cost savings and reduce access risks compared to traditional manual methods.

This work was funded by the Engineering and Physical Sciences Research Council, part of UKRI. It was launched by Assistant Professor Stuart-Smith and Professor Kovac after a pilot research collaboration, and an award for a demonstration on pipeline repair.

The project is also supported by Industrial Partners Skanska, Ultimaker, Burohappold, and BRE.

3D printing with drones: Video on the research project, results and prospects 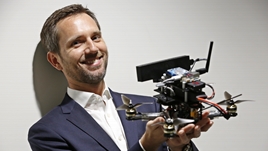 Radio program on SRF2 Wissenschaftsmagazin of September 24, 2022, in German