Using exhaust gas measurements taken from the roadside, a team from the University of York and Empa was able to prove the Dieselgate scandal has led to positive results. The forced retrofitting of thousands of VW diesel engines saves the environment throughout Europe considerable amounts of Nitrogen oxide (NOx). 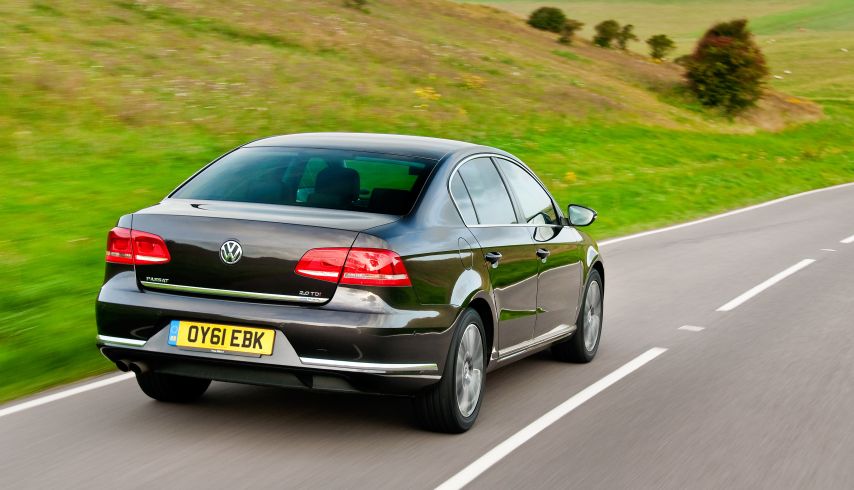 A Volkswagen Passat Diesel from 2011. Software updates after the Dieselgate-scandal in 2015 improved NOx-Emissions of such cars significantly. Image: Volkswagen

The VW diesel scandal began with a bang on September 18, 2015. On exactly the opening day of the Frankfurt International Motor Show (IAA), the US Environmental Protection Agency (EPA) published its "Notice of Violation": VW diesel engines with 1.6 and 2.0 liters displacement (type code EA 189) contained illegal software designed to manipulate emissions. It quickly became clear that 11 million vehicles of the VW group were affected worldwide. Company boss Martin Winterkorn resigned. Expensive lawsuits followed. In many countries, the EA 189 engines manufactured by the VW group had to be retrofitted with software or hardware updates.

Now – almost five years later – a study by the University of York and Empa shows that the retrofitting was successful from an environmental point of view. Retrofitted VW diesel engines emit up to a third less harmful nitrogen oxides in everyday use than engines with the original software dating from the Dieselgate era.

Exhaust gas measurement from the roadside

Stuart Grange works in Empa's Air Pollution/Environmental Technology Laboratory and also at the Wolfson Atmospheric Chemistry Laboratories at the University of York. Together with his colleagues, he used a special instrument to examine the exhaust plumes of 23,000 passing cars and analyzed the levels of NOx and CO2. The measurements took place in England between May 2012 and April 2018 – before and after the Dieselgate scandal.

At each measurement, the vehicle's registration number was also registered and the vehicle data were retrieved from the British registration database MVRIS (Motor Vehicle Registration Information System). Among the 23,000 correctly measured exhaust plumes, Grange recorded 4053 times the emissions of the VW EA 189 diesel engine, which formed the basis for his analysis. In April 2020 it was published in the Environmental Science & Technology Letters of the American Chemical Society.

The results of the measurements show a clear effect: NOx emissions from the small 1.6-liter engines of the EA 189 series had decreased by more than 36 percent. VW had offered software and hardware retrofitting for this engine: In addition to updating the engine software, a small supplementary component was installed in the engine's intake duct, allowing the air mass sensor to work more precisely.

For the larger 2.0-liter engine of the EA 189 series only the software was modified. Here the measured NOx emissions fell by an average of almost 22 percent. The improvements for each individual car are even greater: in the UK, the retrofitting of the engines was voluntary and was only carried out by around 70 percent of VW owners. This means that a certain number of diesel engines that had not been retrofitted also passed the measuring device, thus worsening the average value.

For commercial vehicles with EA 189 engines – i.e. VW Caddy and VW Van – the results were significantly less impressive. The NOx values for the 1.6-litre diesel were just 22 per cent better than before (compared with 36 percent for passenger cars), and for the 2.0-litre diesel the emissions were even 53 per cent worse. The researchers suspect that fewer commercial vehicle operators had voluntarily carried out the retrofitting.

In Switzerland, retrofitting the EA 189 engine was mandatory. According to Amag company spokesman Dino Graf, all vehicles – both commercial vehicles and passenger cars – have meanwhile been retrofitted. Hardware retrofit on a VW 1.6-liter diesel engine: A mechanic is placing a supplementary component into the intake duct. Image: Volkswagen

The good, the bad and the ugly

For comparison, Stuart Grange and his colleagues also examined the exhaust plumes of other vehicles before and after the diesel scandal, which did not need to be retrofitted. The ambient temperature plays a very important role here: the measurements before the diesel scandal were taken at an average of 20 degrees Celsius, the measurements after the diesel scandal at an average of 11 degrees Celsius. In another study last year, the researchers had already found dramatically higher NOx emissions caused by diesel cars on cold days. This effect has now reappeared – but not for all manufacturers.

Cars from General Motors (Opel, Vauxhall, Chevrolet), Renault-Nissan and Fiat Chrysler Automobiles emitted almost twice as much NOx into the environment on cold days as on warm days. VW's 3.0-litre diesel engine also had 55% higher NOx values. But there is another way, which was showed by vehicles of the BMW Group (BMW, Mini), cars from Volvo and PSA (Peugeot, Citroën) and cars of the Indian brand Tata: they did not emit more NOx on cold days. The engine-management was obviously programmed more carefully.

What happens when the engineers are allowed to make a real effort, however, was shown by VW. After the diesel scandal and the software update, the NOx values were significantly improved, despite the significantly cooler weather.

Have all vehicles retrofitted

The researchers provide the approval and environmental authorities with a straightforward tip: The EU's NOx limits are still being violated in many European cities. But depending on the european country, only between 30 and 90 percent of Dieselgate engines have been retrofitted. Since VW Group vehicles are very widespread, mandatory retrofitting could certainly make the NOx limits easier to comply with.

The legislator has already tightened up in another area: Today's vehicles must pass the stricter WLTP cycle. Exhaust gases are now measured in the laboratory at 23 and 14 degrees Celsius; during road tests, outside temperatures down to -7 degrees are permitted. A car that emits significantly more NOx in winter would no longer receive EU type approval today.