Indoor air quality has an influence on how many corona virus infections occur there. This has now been shown for the first time in a pilot project involving Empa researchers in 150 primary school classrooms in Graubünden. The analysis also showed that the air quality in many classrooms is poor. The study concluded that regular ventilation of classrooms is therefore very important, even in winter months. 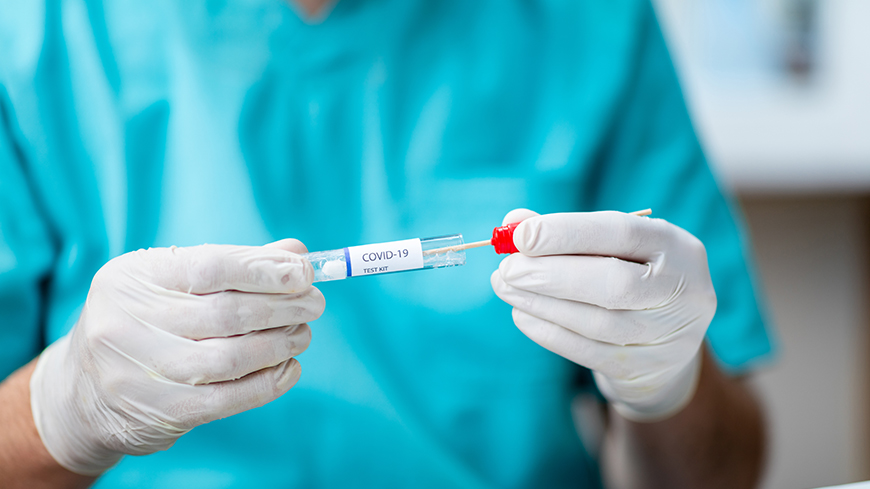 Using 300 CO2 sensors, the Graubünden Health Department, together with Empa researchers, investigated the air quality in 150 classrooms in the canton of Graubünden. In parallel, the number of positive Corona test results in these classrooms was recorded. The analysis of the data showed that more students and teaching staff were infected with the corona virus in classrooms with poor air quality than in rooms that are regularly ventilated.

Aerosols play a key role in the transmission of SARS-CoV-2: People who have contracted the coronavirus exhale aerosols loaded with viruses, in addition to CO2. The more of these aerosols circulate in a room, the higher the risk that other people in the same room will also become infected, especially if they stay in the room for a longer period of time. It has thus been suspected for some time that the air quality in classrooms has an influence on the infection rates in schools. The pilot trial in Graubünden now for the first time provides empirical and statistical evidence for this relationship. 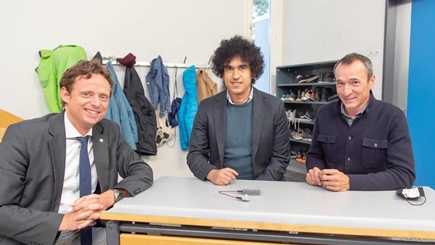 Air quality has been measured in 150 classrooms of 59 elementary school in Graubünden since October 2021. Two CO2 sensors were installed in each room. A first evaluation, with data sets collected between 1 and 19 November 2021, is now available. A statistical correlation between the number of positive cases in the weekly school tests and the measured CO2 concentration in the corresponding classrooms could be established: Significantly more individuals were infected with SARS-CoV-2 in poorly ventilated classrooms.

Moreover, the air quality measurements show that the majority of the classrooms under investigation have elevated levels of CO2. In 60 percent of the classrooms, CO2 levels exceeded 2000 parts per million (ppm). Elevated CO2 concentrations can impair cognitive performance and thus learning ability. 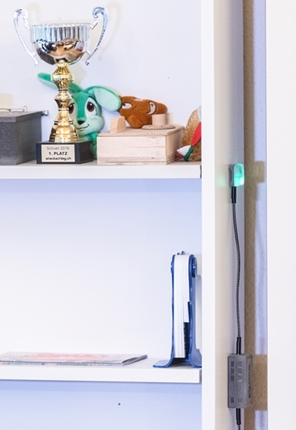 Long-term measurement: A sensor for carbon dioxide and other data in a classroom in Chur. Image: Canton of Grisons / Mattias Nutt Photography

How CO2 concentrations in indoor spaces correlates with the transmission of air-borne diseases had not yet been empirically established. In the pilot phase of the current study, the Graubünden Health Department therefore had sensors installed in around 150 classrooms in 59 schools throughout the canton to record CO2 levels – two sensors in each room to back up the measurements. They continuously recorded CO2 concentrations and other parameters such as temperature and air pressure, while weekly Corona mass tests were conducted on students and teachers.

The preliminary results are based on data collected between 1 and 19 November. The number of infections per 100 students, known as prevalence, correlated with the CO2 concentration in classrooms. In high-risk schools, it often exceeded 3,000 parts per million (ppm) – a level significantly higher than the recommended level of no more than 1,000 ppm.

However, statistics in and by itself is not sufficient to accurately describe the correlation between infection incidence and CO2 levels. In addition, the analysis of the Empa researchers is subject to certain limitations. For instance, besides the "cumulative" CO2 content, i.e. the summed amount of the gas, there could well be other indicators of the exposure risk to infectious aerosols.

Therefore, the experts will analyze other variables from their CO2 time series, such as the temporal variation of the concentration and temperature changes – with the goal of finding dependencies between infection prevalence and recorded CO2 levels.

More detailed information on the study by the Empa researchers

Current media release of the Canton of Grisons

"Info Coronavirus": website with general information from the Canton of Grisons

Pandemic risk in ski resorts: On the trail of Sars-CoV-2 in cable cars;
Media release January 2021