CO2 concentrations in the air continue to rise rapidly, and a rapid reduction in man-made emissions is becoming increasingly important. In order to assess the effectiveness of political measures, timely and reliable emission levels are needed. However, current methods are costly. The European Space Agency ESA is therefore working on the development of new satellites which will be able to determine CO2 emissions in the future - with the help of Empa. 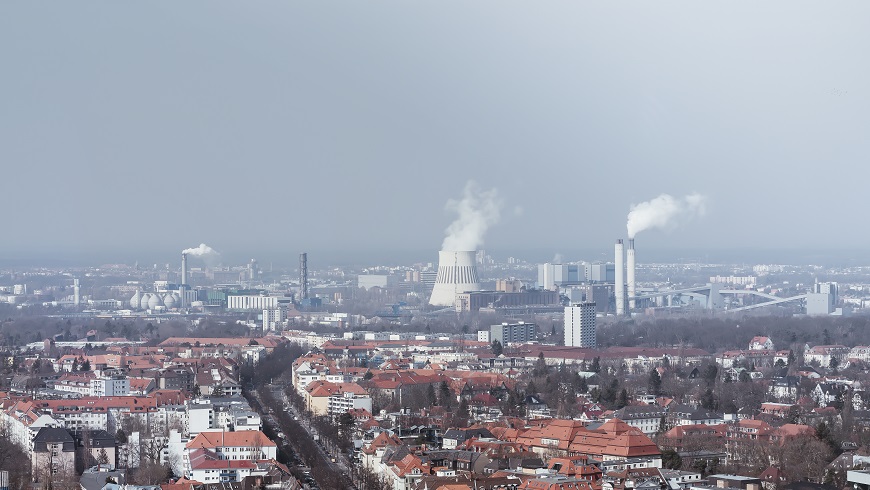 The aim of the EU and ESA is to detect CO2 emissions in real time in order to be able to determine greenhouse gas emissions reliably and promptly worldwide in the future. Picture: iStock

Cities are veritable CO2 sources, but how much emission is actually emitted can hardly be reliably determined at present. Current estimates are based on statistics and activity data from transport, industry, heating and energy production. The evaluation of these data is complex and the results are only available with a long delay. Estimates are also uncertain, as precise figures are often not available and simplified assumptions must be made - for example, in the case of heating. Although the current network of ground stations is useful for tracking the increase in CO2 in the atmosphere, it is not currently dense enough to provide reliable information on the emissions of individual countries or even individual cities.

For this reason, the EU, together with ESA, is developing a system for monitoring CO2 emissions. A key component of this is the CO2M satellite mission ("Copernicus Anthropogenic Carbon Dioxide Monitoring"): From 2025, the first CO2M satellites are to be sent into orbit to produce global maps of atmospheric CO2 concentrations using spectroscopic measurements. This will make it possible to determine where and how much CO2 is emitted by industrial plants, cities and countries. These measurements would reduce the current uncertainties in estimating CO2 emissions from the combustion of fossil fuels.

ESA relies on Empa's expertise to equip the satellites with the appropriate measurement technology. "We were able to give ESA various recommendations for equipping the satellites," says Gerrit Kuhlmann of Empa's Air Pollution / Environmental Technology department. The difficulty in determining CO2emissions is to distinguish between anthropogenic and biological signals. The respiration of vegetation causes strong fluctuations in the distribution of CO2. The satellite must therefore be able to separate these from man-made emissions. The idea: a combined measuring device that detects CO2, but also additionally nitrogen dioxide (NO2). Because: "The combustion of coal, oil and gas produces not only CO2but also nitrogen oxides. However, these are not produced during the natural 'breathing' of the biosphere," says Kuhlmann. An additional NO2 instrument should therefore be able to "filter out" anthropogenic CO2signals.

In order to test this idea, Kuhlmann and his team simulated the distribution of CO2 and NO2 concentrations for the year 2015 with a spatial resolution not achieved before. The elaborate simulations were carried out on the fastest high-performance computer in Europe, the "Piz Daint" at the Swiss computer centre CSCS in Lugano. They were able to show that a combination of CO2and NO2 measurements provides better and more reliable results than if only one CO2measuring device had been installed on the satellite.

At the moment it is still unclear how many satellites need to be sent into orbit, but Kuhlmann recommends at least three. "The problem is that the sky is rarely cloudless," says Kuhlmann. In 2015, the sky over Europe was accordingly free of clouds on average on only one day a week. The more satellites regularly take pictures, the greater the probability of seeing the plumes of exhaust fumes from individual sources such as cities and being able to determine emissions from them. The recommendation for the installation of an additional NO2 measuring instrument has already been incorporated into the planning of the new satellites.