3D printer inks from the woods

Empa researchers have succeeded in developing an environmentally friendly ink for 3D printing based on cellulose nanocrystals. This technology can be used to fabricate microstructures with outstanding mechanical properties, which have promising potential uses in implants and other biomedical applications. 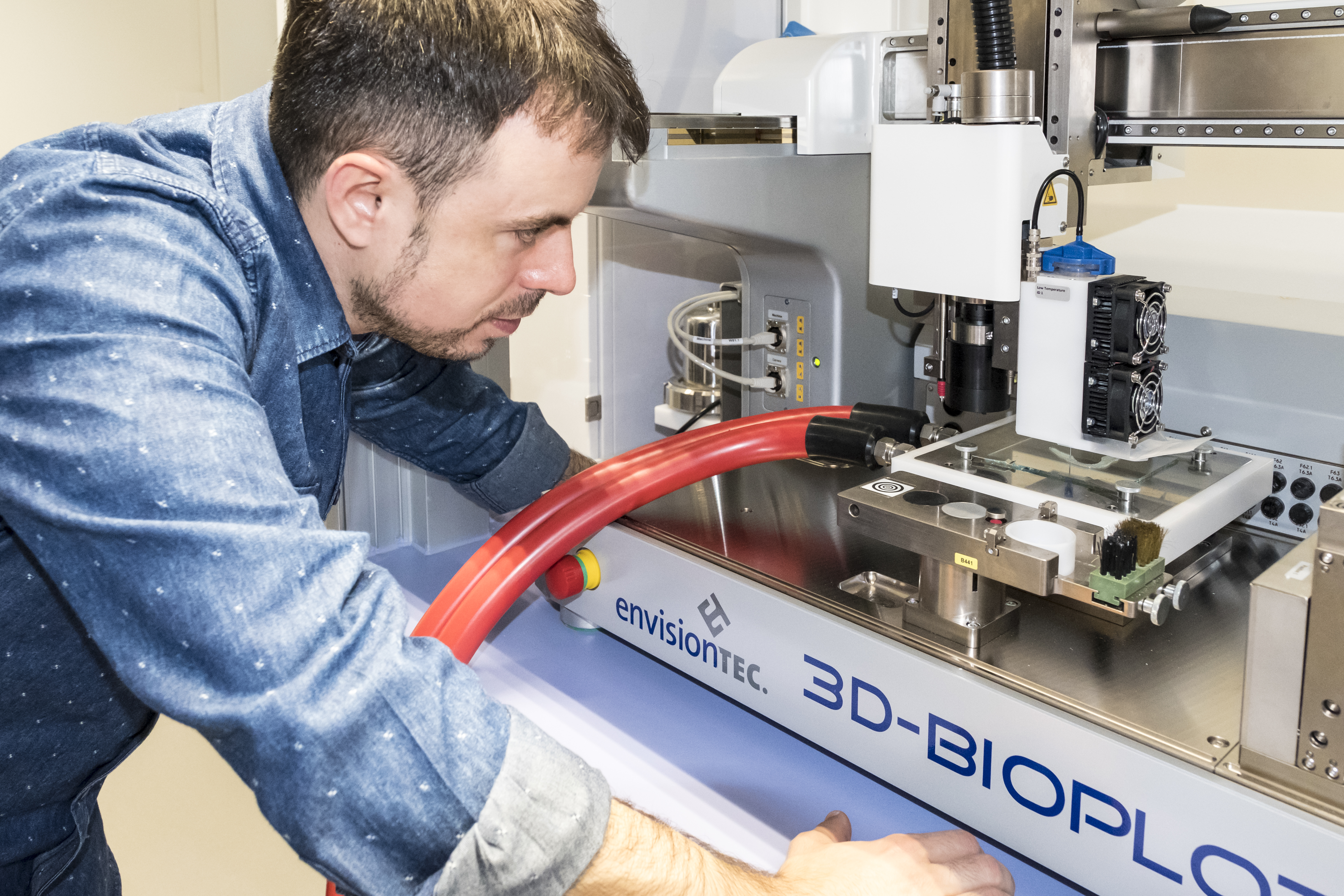 In order to produce 3D microstructured materials for composite applications, for instance, Empa researchers have been using a 3D printing method called “Direct Ink Writing” for the past year (DIW, see box). During this process, a viscous substance – the printing ink – is squeezed out of the printing nozzles and deposited onto a surface, pretty much like a pasta machine. Empa researchers Gilberto Siqueira and Tanja Zimmermann from the Laboratory for Applied Wood Materials have now succeeded, together with Jennifer Lewis from Harvard University and André Studart from the ETH Zürich, in developing a new, environmentally friendly 3D printing ink made from cellulose nanocrystals (CNC). 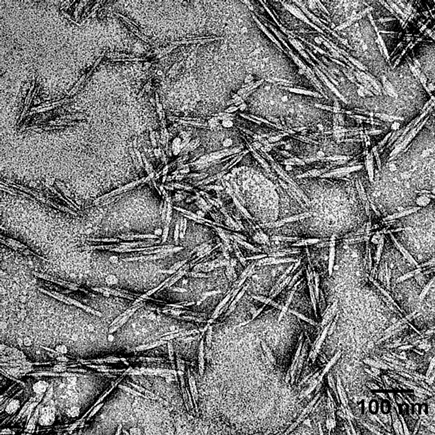 Cellulose, along with lignin and hemicellulose, is one of the main constituents of wood. The biopolymer consists of glucose chains organized in long fibrous structures. In some places the cellulose fibrils exhibit a more ordered structure. "The places with a higher degree of order appear in a more crystalline form. And it is these sections, which we can purify with acid, that we require for our research", explains Siqueira. The final product is cellulose nanocrystals, tiny rod-like structures that are 120 nanometers long and have a diameter of 6.5 nanometers. And it is these nanocrystals that researchers wanted to use to create a new type of environmentally friendly 3D printing ink. Previous inks contained a rather small proportion of “biological” materials, with a maximum of 2.5 percent CNC. The Empa team wished to increase this proportion, as they have now succeeded in doing – their new inks contain a full 20 percent CNC.

"The biggest challenge was in attaining a viscous elastic consistency that could also be squeezed through the 3D printer nozzles", says Siqueira. The ink must be “thick” enough so that the printed material stays “in shape” before drying or hardening, and doesn't immediately melt out of shape again. The first CNC mixtures were water-based. This did work in principle, but yielded a very brittle material. Therefore, Siqueira and his colleagues developed a second, polymer-based recipe that had a decisive advantage: after printing and hardening using UV radiation, the CNC “cross-linked” with polymer building blocks, which gave the composite material a significantly higher degree of mechanical rigidity.

Bringing things together despite resistance

What sounds quite simple in retrospect caused the Empa team a great deal of head-scratching. Siqueira: "Most polymers are water-repellent or hydrophobic, whereas cellulose attracts water – it is hydrophilic. As a result they are not very compatible." So the researchers first of all had to chemically modify the CNC surface.

After the first attempts at printing and X-ray analysis of the obtained microstructures, the researchers noticed that the CNC in the printed object had aligned itself almost perfectly in the direction it was printed in. They concluded that the mechanical strength used to push the ink through the printing nozzle was sufficient to align it. "It is pretty interesting that one can so easily control the direction of the nanocrystals, for example, if you want to print something that should have a specific mechanical rigidity in a certain direction", says Siqueira.

Lots and lots of possibilities 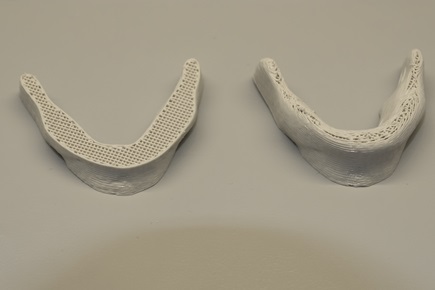 These outstanding mechanical properties represent a decisive advantage compared to other materials such as carbon fibers, which are also used in DIW inks. In addition, the new kind of ink from the Empa lab is made from a renewable material – cellulose. "Cellulose is the most frequently occurring natural polymer on Earth", says Siqueira. It is not just found in trees, but also in other plants and even in bacteria. The crystals, which are isolated from various cellulose sources, are morphologically different from each other and differ in size, but not in their properties. And they may also be of interest to, for example, the automobile industry or for packaging of any kind. "However, the most important area of application for me is in biomedicine", says Siqueira, "for example in implants or prostheses". The Empa researcher is convinced that the CNC material is suitable for a wide variety of different applications due to its outstanding mechanical properties, as well as the possibility of chemical modification and alignment during printing.

These possibilities are currently being investigated further at Empa. A PhD student is currently focusing on the further development of the materials and the printing method for other applications. In addition, a Master’s student intends to develop other “biological” inks. "Research in this field is only just beginning", says Gilberto Siqueira. "Printing with biopolymers is currently a very hot topic."

The big advantage of “Direct Ink Writing” (DIW) lies in the almost unlimited selection of materials available for inks. The cartridges can be filled with any kind of ink with differing compositions and these can then be printed directly and alternately. The printer has one high and one low temperature cartridge. This means that if certain polymers need to be melted, this can be done directly in the printer. The temperature can also be set for the substrate to be printed on, so that the hot liquid will, for example, immediately cool as soon as it hits the substrate. This offers a large degree of freedom in the development of new kinds of inks with tailor-made properties.