Bringing technologies from lab to industry

Innovations are the driving force behind the Swiss economy. But how does an idea become an innovation, a real market success? Too many ideas from research laboratories fall by the wayside on their path to industrial implementation. They are caught in the so-called "Valley of Death" of the innovation process. Here, technology transfer centers can help. They are in a position to make ideas from research suitable for industry with facilities for upscaling new manufacturing technologies. On Monday, the umbrella organization of these technology transfer centers was founded at Empa in Dübendorf. 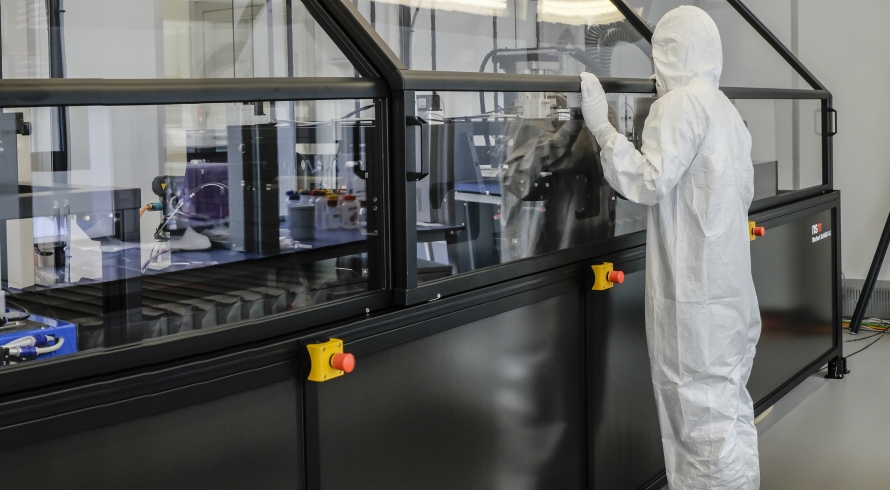 Advanced manufacturing technologies are a key to give Switzerland a competitive edge. (Image: iStockphoto)

Swiss universities and research institutions regularly occupy top positions in international research rankings. Studies also show that the research results and the resulting patents are world class. And yet only a few new technologies find their way from local research laboratories to industrial applications. There is a gap here. Hardly anyone is concerned with making the technologies developed in the laboratories suitable for industrial use, i.e. further developing them in such a way that, for example, larger quantities of a new product can be produced reliably and cost-effectively.

This is where the initiative to establish a network of Swiss technology transfer centers, the so-called "Advanced Manufacturing Technology Transfer Centers" (AM-TTC for short), comes in. The initiative is part of the federal government's action plan on "Digitization" and aims to maintain Switzerland as a modern, high-quality production location in the long term. With the technology transfer centers, spaces are created where it can be shown that a new technology not only functions on a laboratory scale, but also in industrial applications. The planned centers are to build, operate and provide access to pilot production facilities with which a new product can be manufactured not only in the laboratory with elaborate manual work, but also with a cost-effective industrial process.

Network with diversity and specialization

The aim of the initiative is to create a network of several centers with different thematic focuses. Twelve centers are currently being planned. The topics range from 3D printing of implants and the manufacture of innovative battery cells to the use of digital manufacturing technologies and robots on construction sites. Each of the centers is set up as a so-called "public-private partnership" and is financed and operated by both public funds and private companies. The network of centers is coordinated by an umbrella association. In the pilot phase 2019/20, the umbrella association decides on the distribution of the ETH Board's funds for the establishment of the first centers and prepares recommendations for the State Secretariat for Education, Research and Innovation (SERFI) as to which centers the Confederation should support in the 2021 - 24 phase. The first centers are expected to be operational as early as the second half of 2019.

On 4 February 2019, 22 Swiss research institutions and industrial companies founded the "AM-TTC Alliance", an association of these planned technology transfer centers, at Empa in Dübendorf. The founding members include institutions of the ETH Domain, the universities of applied sciences and other research organizations as well as industrial companies such as ABB, BASF, Bühler, Georg Fischer, Hilti, Oerlikon, Rolex, Richemont and Siemens.

Dr. Pierangelo Gröning
Head of the Department "Advanced Materials and Surfaces" / Member of the Board of Directors
Phone: +41 58 765 40 04
pierangelo.groening@empa.ch