Terahertz (THz) technology is important for security and medical applications. There is an increasing market need for low-pass, band-pass and high-pass filters, to enhance sensitivity of detectors and cameras as well as to perform spectrally sensitive scientific experiments. Available commercial products are mainly based on stacked metallic meshes and do not fulfill the general market needs, since they are offered only for a limited number of central wavelengths or cut-off frequencies and show a wide roll-off rather than a flat-top passband. Low-pass filters show insufficient rejection in the visible region and oscillatiions in the transmission band. Reliable suppression of out-of-band transmission would require using a stack of filters, which compromises the in-band transmission. Adapting available filter designs to specified parameter values is costly and time-consuming.

We propose a filter design based on metamaterials, which offers a wide parameter space, works on industrially relevant substrates and allows for manufacturing small to large quantities. While we focus on the fabrication process in this project, we master the entire chain linking design, production of prototypes, characterization and process optimization for manufacturing. The partners work in research and development with a track record in THz imaging and spectroscopy as well as nano and micro fabrication (Empa) and in commercializing THz products (Swiss THz). The project aims at developing a prototype by designing, manufacturing and characterizing a set of band-pass and low-pass filters ready to be integrated in various THz devices such as cameras. The developed process flow will allow providing both, dedicated high-end filters for camera integration as well as free-standing filters for the standard THz market. This is an 18 month project of Swiss THz and Empa and started in 2020.

The project aim is to develop advanced integrated testing methods that have the capability to detect a crack or delamination in a metallic or composite structure and have the potential to be deployed as part of an on-board structural health monitoring system for passenger aircraft. The project incorporates a new philosophy for monitoring damage in which the disturbance to the strain field in the structure caused by the damage is used to identify significant damage and to track its propagation. Recently, this approach has been demonstrated to be at least as effective in composite structures as traditional non-destructive evaluation techniques and, in Clean Sky2 project INSTRUCTIVE using infrared camera technology, it has been shown to be capable of identifying smaller cracks in metallic structures than any other available technique. These innovations are amalgamated with established techniques, such as strain gauges and fibre Bragg sensors. The objectives are designed to mature technologies from TRL 4 to 6 that are likely to have a disruptive impact on the structural health monitoring of next generation large passenger aircraft. The objectives are:

i) to develop a robust and innovative concept for integrating a diverse set of sensors and data acquisition systems for detecting and monitoring damage in an aircraft assembly;

ii) to produce an integrated system of sensors and data acquisition systems deployed on a test bench representing a centre fuselage section with integrated cabin and system elements, and;

The primary outcome is the demonstration, on a test bench consisting of an Airbus A320 wing section in a loadfing frame at Empa, of an integrated measurement system for ‘on-line’ detecting and monitoring damage, based on a diverse range of commercial off-the-shelf sensor systems. 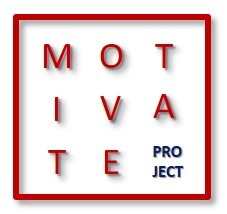 A significant step change is performed in the way virtual and test environments are used together in an industrial environment to reduce the cost, risks and time associated with product development. Enabling technologies, which have been demonstrated in laboratory conditions during a series of EU FP 5 and 7 projects, are transitioned into the industrial environment and demonstrated in a structural test on an aircraft subcomponent at Airbus UK, Filton.

Approaches to quantifying uncertainty in measurements of displacement and strain fields obtained using digital image correlation will be reviewed and a simple-to-use, robust methodology developed for use in industrial environments, with attention paid to the need to consider the entire measurement volume as well as within the same timescale as a structure test. In addition, recent advances in the validation of simulations, using image decomposition to compare predicted and measured data fields, will be incorporated into advanced structural test protocols taking account of uncertainties to provide statements on the extent to which the predictions represent reality, i.e. the validity of the simulations. Best practice guidelines will be developed to allow the test matrix to be optimised thus minimizing the cost and time required for tests while maximising the reliability and credibility of the simulations.

This research represents a significant and generic advance in the technologies and methodologies used to validate computational models of structures that will benefit a wide range of industrial sectors, including the aerospace industry where it will support the introduction of disruptive technologies, such as highly integrated structures, by enabling high fidelity simulations. A strong programme of exploitation and dissemination is proposed using traditional routes as well as digital shorts, webinars, and a blog as well as workshops linked to the revision of the prenormative
document published by CEN.