Into the nano realm

Two talented young researchers at Empa will be given the opportunity to develop their own research area over a five-year period with the help of an ERC Starting Grant from the European Research Council: Marianne Liebi and Bruno Schuler are both concentrating on the investigation of nanostructures - but their research activities are going in two completely different directions. 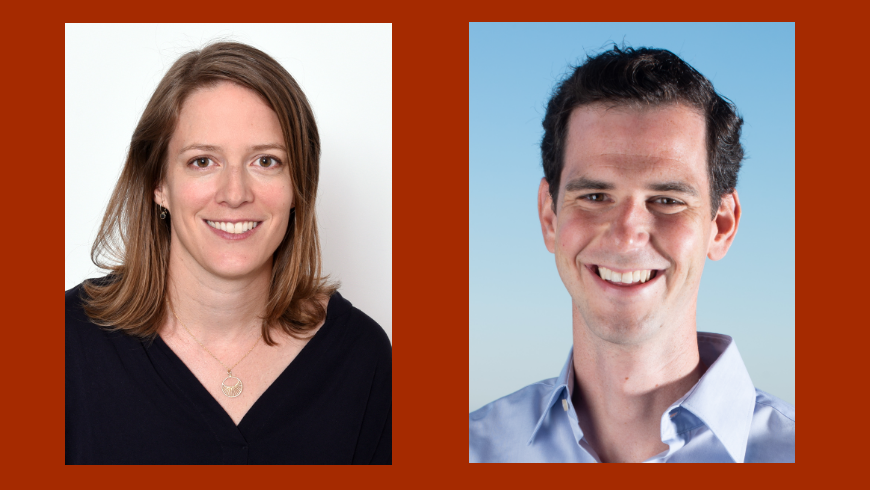 The two Empa researchers Marianne Liebi and Bruno Schuler have been awarded an ERC Starting Grant by the European Research Council.

The two Empa researchers Bruno Schuler and Marianne Liebi have been awarded an ERC Starting Grant by the European Research Council. The funds go to talented young scientists and finance innovative basic and pioneering research - a stepping stone to setting up their own research group.

Quantum computers at the atomic level

Schuler researches fundamental building blocks for quantum information technology. With the financing he can now realize his research project. His goal is to enable quantum computers that do not have to be cooled down to temperatures close to absolute zero to function. This is to be achieved with the help of "artificial atoms": electronic systems that are to be created by specifically introducing defects into two-dimensional materials.

To make this a reality, two challenges must be solved: First, the systems must be manufactured with atomic precision; in addition, their properties must be measured with the highest spatial and temporal resolution. To this end, Schuler wants to combine two new breakthroughs in nanoresearch: the ability to precisely manufacture a structure that is only one atom thick - and to observe this structure using scanning sample microscopy and ultrashort light pulses at such a high resolution that the properties of a single atom can be measured with picosecond accuracy. This is almost unimaginably fast - one picosecond is the billionth part of a second. "This interdisciplinary project promises completely new insights into the dynamic processes at the atomic level," says Schuler.

The second project is also concerned with the investigation of nanostructures. Marianne Liebi recently moved from the Swedish Chalmers University to Empa, where she is a group leader at the Center for X-Ray Analysis. The aim of her five-year research project is to develop a new methodology for examining the nanostructures of a material without looking at them directly. Instead, the interaction of the material with electromagnetic waves is to be investigated: Liebi wants to use both the change in polarization of visible light and the scattering of X-rays for this purpose. With this new principle - called multimodal tensor tomography - the structures of complex hierarchical materials can be captured.

"In addition to developing methods, we also want to demonstrate their ability to solve critical problems in materials and life sciences: For example, we want to investigate the structure of cellulose nanofibrils in light composite materials or the disrupted collagen network in patients suffering from liver fibrosis," says Liebi. In her project, called "MUMOTT", she will continue to work with colleagues at Chalmers University.