SMARTCARB is a project funded by the European Space Agency (ESA) to investigate the potential of a future constellation of CO2 satellites with imaging capability in combination with CO and NO2 observations to quantify the CO2 emissions from large cities and power plants. Such a constellation has been suggested by the European Commission as a contribution to a global CO2 emission monitoring system and is planned to be established in the framework of the European Earth Observation Programme Copernicus.

The project is lead by Empa and involves partners from ETH-Zurich/C2SM and the Max Planck Institute for Biogeochemistry in Germany and external collaborators from MeteoSwiss and the Laboratoire des Sciences du Climat et de l'Environnement in France. It is funded by the European Space Agency (ESA).

SMARTCARB assesses the potential synergies of measurements of CO and NO2 for observing and quantifying CO2 point sources such as large cities and power plants. It investigates the impact of different satellite specifications (e.g. overpass time and spatial coverage) as well as the time separation between the measurements of CO2 and those of CO and NO2 in case these are measured on different satellites. The tools for addressing these questions are high-resolution atmospheric transport simulations and inverse methods combined with synthetic satellite observations extracted from the simulations. The study will formulate requirements for accuracy, coverage and other factors affecting the satellite measurements needed to quantify the CO2 emissions of individual sources with a certain level of accuracy.

The Consortium for Small-Scale Modelling (COSMO) is a consortium of seven European national weather services formed in October 1998 which aims to develop, improve and maintain a non-hydrostatic limited area atmospheric model. The COSMO model is used for both operational and research applications by the members of the consortium, universities and research institutes.

COSMO is the first NWP model worldwide that has been fully and successfully ported to GPUs (Fuhrer et al., 2014). MeteoSwiss is using this GPU accelerated version for its operational weather forecasts.

The COSMO‐GHG model is an extension of COSMO with modules for the passive transport of greenhouse gases (GHG), which was developed in the project CarboCount CH (Liu et al., 2017). The extension builds on the tracer module, which was developed for COSMO to provide a flexible mechanism for incorporating passively transported tracers (Roches and Fuhrer, 2012). The tracer module has been fully integrated in COSMO version 5.0 and also in the GPU version. COSMO‐GHG includes additional routines for simulating a set of tracers which are not only passively transported but also experience the influence of three-dimensional emissions or surface fluxes read in from external datasets. For the project SMARTCARB, this GHG extension was ported to the GPU version to enable efficient modelling of CO2, CO and NOx. 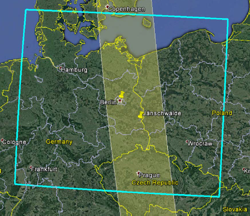 The simulation domain was selected to cover the city of Berlin and the power plant Jänschwalde. The total domain size is 780 km × 670 km and is simulated at a resolution of 1 km x 1 km with 60 vertical levels. This spatial resolution is sufficient to resolve the pixels of a future CO2 satellite with a pixel size of 2 km x 2 km and the domain is large enough to cover the plumes expected from Berlin and Jänschwalde.

The simulations were designed to be as close to reality as possible, which requires a detailed representation of anthropogenic emissions, biospheric fluxes, and background CO2 transported from outside the model domain. Anthropogenic emissions were generated by combining data from the TNO/MACC-III emission inventory with a very detailed inventory of the city of Berlin. Point sources were placed into the appropriate 1 km x 1 km model grid cell. Sector-specific temporal profiles representing diurnal, day-of-week and seasonal variations as well as sector-specific vertical distributions were applied to the emissions. Meteorology-dependent plume-rise was considered for the largest power plants in the domain including combined heat and electricity plants in Berlin. Hourly biospheric fluxes were computed at 1 km x 1 km resolution using the Vegetation Photosynthesis and Respiration Model (VPRM).  Global background concentration fields for CO2, CO and NOx were obtained from the Copernicus Atmospheric Model Service (CAMS).

The figure below shows the column mean dry air mole fraction XCO2 as seen by an imaging satellite for a selected day in summer (blue to yellow shades) together with the cloud field (white shades). The meandering plumes of a number of power plants are clearly visible, as well as significant variations in the background XCO2 field. This variability is due to a variety of processes including CO2 absorption by vegetation patches, mesoscale flows, and vertical and horizontal redistribution of CO2 in small-scale convective rolls. 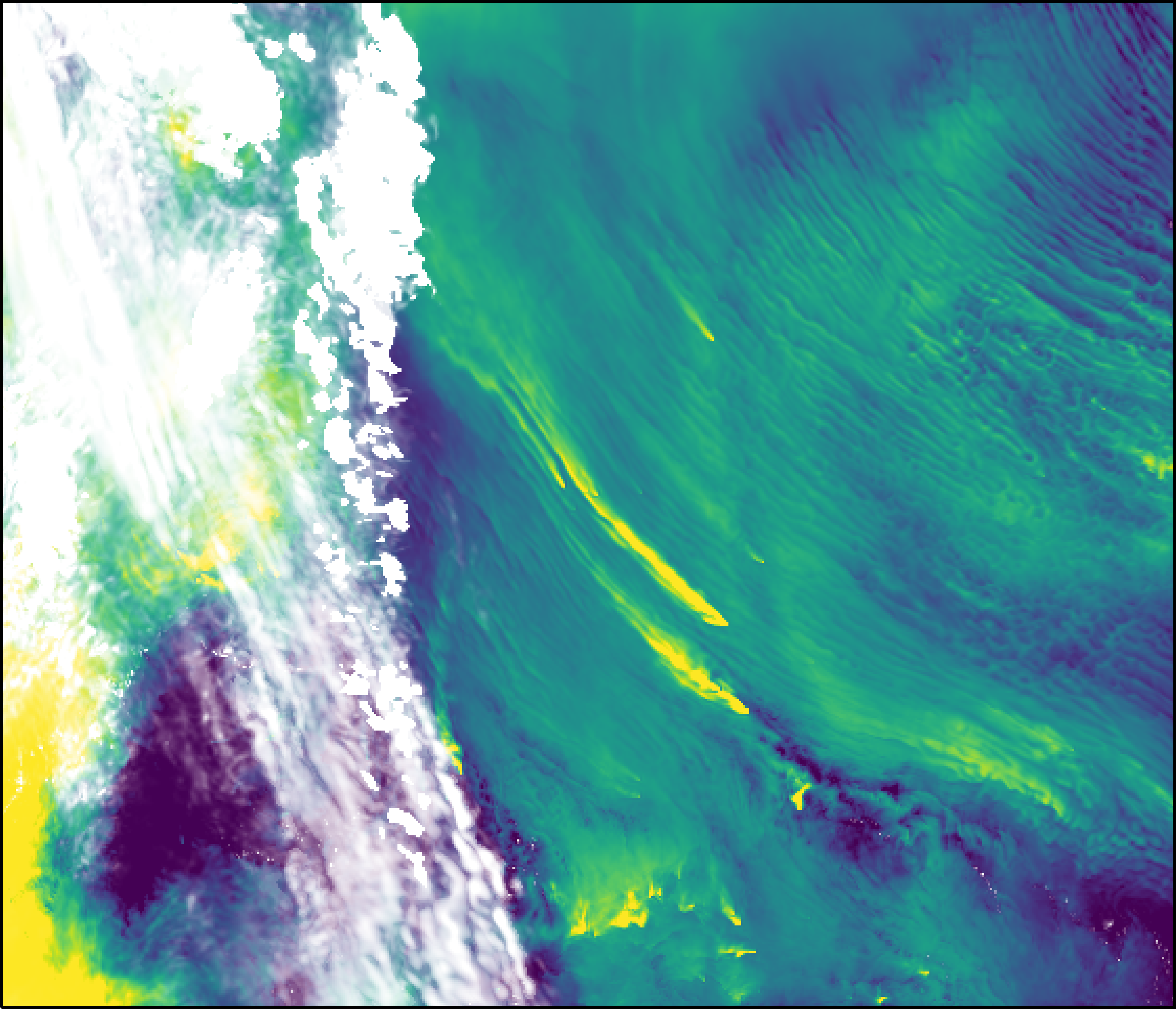