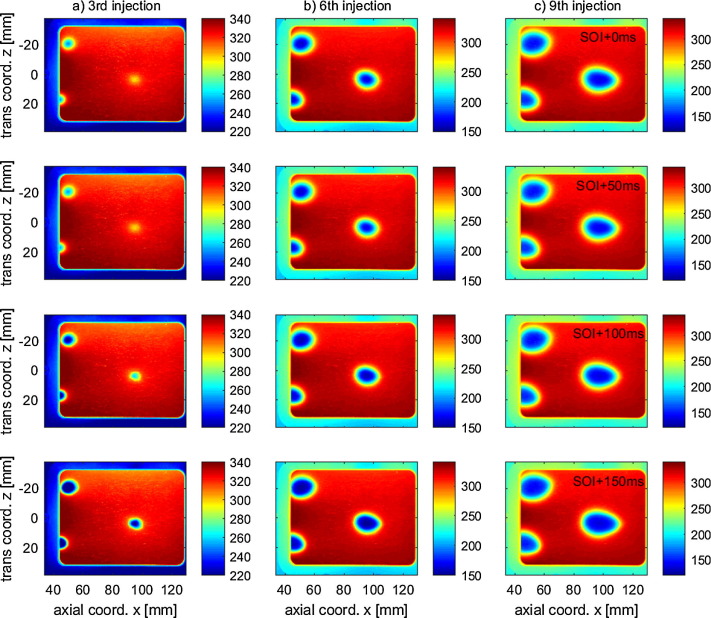 study presents an investigation of the heat transfer characteristics of the urea-water spray (UWS) impingement on a stainless steel plate under typical diesel exhaust flow conditions. The rear side temperature of the spray-impinged plate has been measured by infrared thermography with high temporal and spatial resolution. The spray impinged side temperature and heat flux distributions have been computed by solving the 3D inverse heat conduction in the plate with the sequential function specification method.