How to produce microlenses from dyes

Researchers are on the lookout for rapid, reliable and affordable switches for the opto-electronics of the future. An Empa team now presents a potential solution: dye droplets measuring just a few sub-micrometers in diameter. 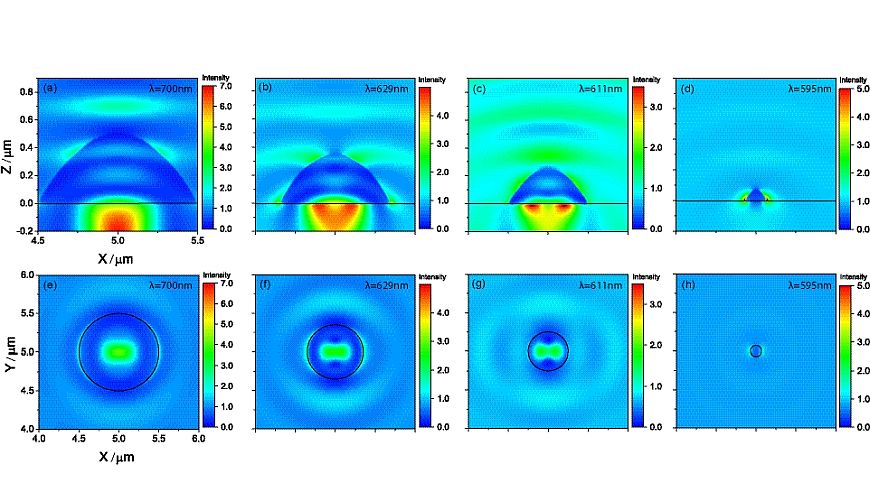 Scientists from Empa’s Laboratory for Functional Polymers are on the lookout for liquids that spread as evenly as possible on a surface for the production of OLEDs. However, the very same lab is also working on precisely the opposite: a liquid that is supposed to break up into as many droplets as possible when applied to a surface. Each of these droplets forms a microlens when it dries. A whole field of these microlenses can influence beams of light in a specific way, which makes them extremely interesting for optic signal processing in computers and fiber optic networks.

“We take advantage of the fact that the droplets organize themselves,” says Jakob Heier, who is studying the optic properties of these microlenses. “This has a major economic advantage: we don’t need any machines to make the microlenses; a spray nozzle does the trick.” In the lab, however, the dye is not yet sprayed on; Heier and his colleagues produce the microlenses using spin-coating. The dye is placed in the center of a turntable and spreads across the entire area thanks to the centrifugal force.

Anyone who would like to understand exactly how these fields of microlenses behave in the light needs to delve deep into math. Heier talks about Fourier transforms and Kramers-Kronig relations, which help describe the properties of thousands of droplets in a single mathematical formula. “The mathematics behind it all might be 100 years old, but the insights we gain are up to the minute.”

Components made of cyanine dye 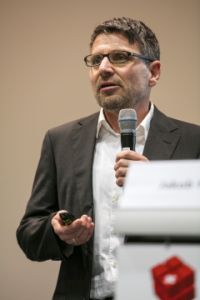 Heier and his colleagues succeeded in demonstrating that a whole series of optic switch elements can be con-structed from droplets of cyanine dye. The study was published in the journal Advanced Optical Materials in February 2017. The switch elements can specifically block or let through certain wavelengths. Heier uses the change in the dye’s refraction index. What makes it all so exciting: by selecting different dyes and varying the size of the droplets, the properties of the switch can be tailored to the desired application.

For instance, phase gratings can be constructed from these microlenses – a popular tool in optoelectronics. This is able to divide beams of light into individual frequencies, without compromising the light’s intensity. Hence, the signal losses remain low, less light energy is required and the components don’t heat up as much. “With our observations and calculations, we’ve physically paved the way for these switches,” says Heier. “Now I’m excited to see who uses this knowhow for the first real applications.”