Gaps in the law cause pollution

Diesel vans are dirtier in winter than many know: Where there are still gaps in emissions legislation, soot particles and nitrogen oxides (NOx) continue to be produced. This and more was discussed by 130 international exhaust gas cleaning experts at the 10th VERT Forum at the Empa Academy. 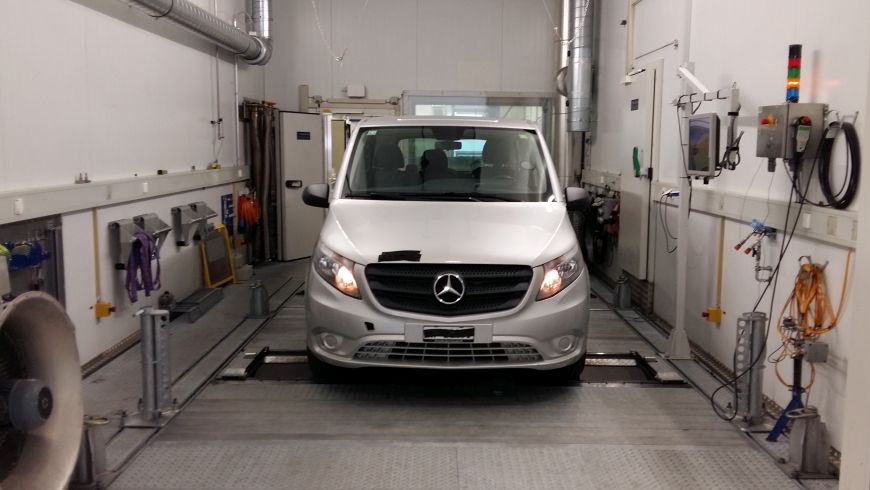 A Mercedes Vito being tested at the Empa chassis dynamometer. Image: Empa

Approximately 100 million vehicles with combustion engines roll off the assembly line every year, and around one billion such vehicles are in use worldwide. Fortunately, interest in exhaust purification technologies is also growing, as was evident at the 10th VERT Forum at the Empa Academy on 14 March. With 130 participants, the conference set a new visitor record - the guests came from China, South Korea, South Africa, Mexico, Israel and many other European countries.

Two presentations by Empa exhaust gas experts opened the conference: Norbert Heeb, a specialist in the analysis of soot particles, spoke about measurements on petrol-powered cars whose emissions have not yet been regulated by law. Thomas Bütler, specialist for exhaust gas measurements, found considerable NOx emissions in delivery vans. These emissions occur above all at frosty temperatures - because legislators only require functioning exhaust gas purification at low temperatures for gasoline vehicles, but not for diesel vehicles. 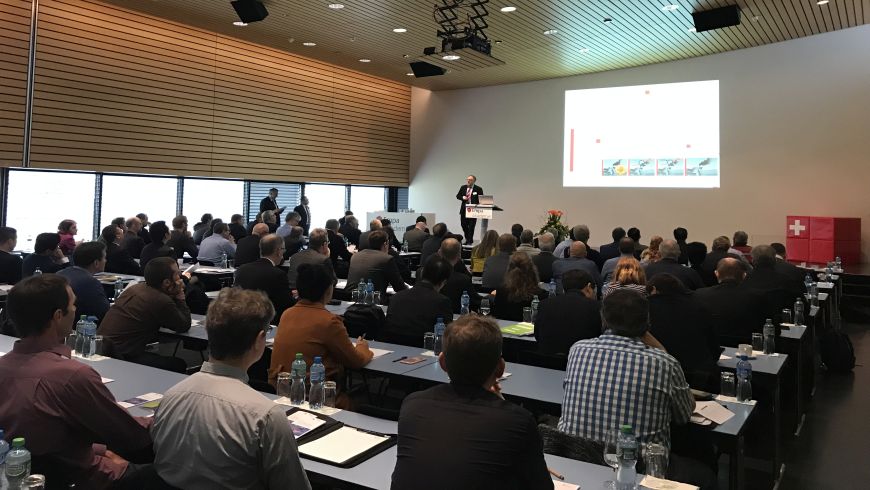 According to Empa researcher Heeb, soot particles from car exhaust gases are particularly harmful to health because carcinogenic substances produced during the combustion of fuel adhere to the surfaces of the tiny particles. As in a Trojan horse, the pollutants then migrate on the soot particles, which are only a few nanometers in size, into the pulmonary alveoli and from there can enter the blood and thus into the entire body.

For vehicles with filters, the particle problem has been alleviated: since 2013, a limit value of 600 billion particles per driving kilometre has been in force for diesel-powered cars, making a particulate filter necessary. From 1 September 2019, newly registered gasoline direct injection (GDI) vehicles will also have to comply with this limit, which can only be achieved with particulate filters. However, vehicles with technically simpler Port Fuel Injection (PFI) are exempt from this regulation. The gap in the law leads to drastic outliers in particulate emissions.

The Empa researcher, together with specialists from the Bern University of Applied Sciences, analysed the carcinogenic potential of the exhaust gases of a Fiat Panda Twin Air with a 0.9-litre petrol engine and 110 hp output. The engine is Euro-6b certified. In the WLTP test cycle, a standardized test run on the Worldwide harmonized light vehicles test procedure, this powerful engine emitted as many soot particles as a Volvo V60 with a 1.6-litre GDI engine, which was certified according to the older Euro 5 emissions standard from 2009.

The exhaust gases of these two petrol engines contained around seven times more carcinogenic substances and over 100 times more particles than a Euro 5 diesel with particulate filter (Peugeot 4008, 1.6 L). According to Heeb, this shows where the development should go: "No more combustion engines in our cities without efficient particulate filters".

Thomas Bütler and his team investigated the most widely used delivery van types in Switzerland. The light commercial vehicles of Mercedes, Volkswagen, Ford, Renault, Iveco and Citroen were all equipped with a diesel engine according to the current Euro 6b standard. Such vehicles may still be sold until 1 September 2019. Five of the vehicles were equipped with Adblue injection in the exhaust tract to reduce the harmful NOx in the exhaust gas.

On behalf of the Federal Office for the Environment (FOEN), Bütler regularly carries out measurements that go beyond the legal requirements. While the regular WLTP driving cycle is carried out at 23 degrees Celsius, Bütler's team also investigated the emission behaviour of commercial vehicles at -7 degrees Celsius. Result: All delivery vans showed strongly increased NOx emissions. The Adblue injection system functioned only to a limited extent or not at all in the winter cold.

"But you shouldn't blame the car manufacturers alone for this," says Bütler about the results. "There are omissions here on both sides - also with the European legislators. Tests at -7 degrees have been part of type testing for petrol vehicles since 2002; however, there is no mandatory low-temperature test for diesel vehicles to date. The regulations for a test at -7 degrees are currently being worked out for all vehicle types. But it will probably take another one to two years before they are implemented, says Bütler. 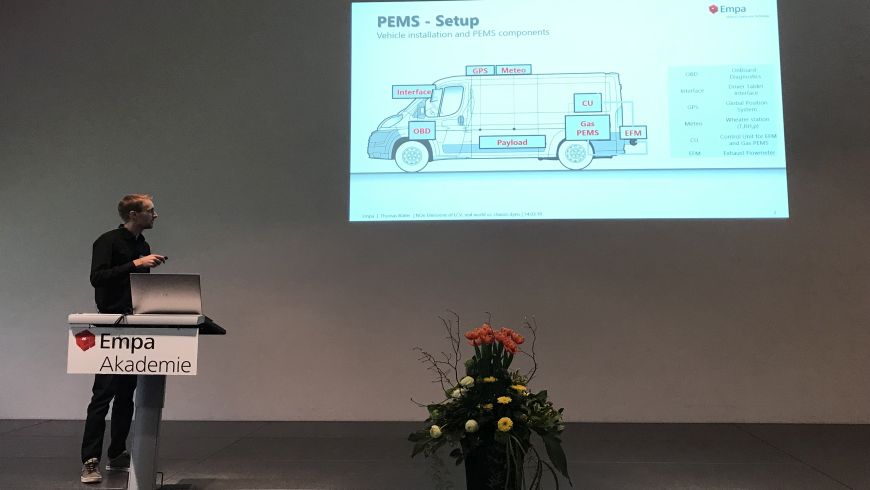 Thomas Bütler at his lecture at the VERT Forum.

One thing is clear: cars that can remove NOx from the exhaust gas even in winter are more expensive to produce. This requires heated Adblue tanks with pipes and, if necessary, electrically heated exhaust systems - and many of the components have to be moved closer to the engine in order to function better. Only when the law prescribes it will this complex additional technology be developed and installed.