On 29 June the Swiss Federal Office of Energy hosted an information event at Empa presenting the annual report 2015 of the role model function of the Federal Administration for energy efficiency (“Energie-Vorbild Bund”). Numerous journalists were given first-hand information about the efforts of the Federal Administration and parastate enterprises as well as insights into Empa’s energy research activities in the building and mobility sector. 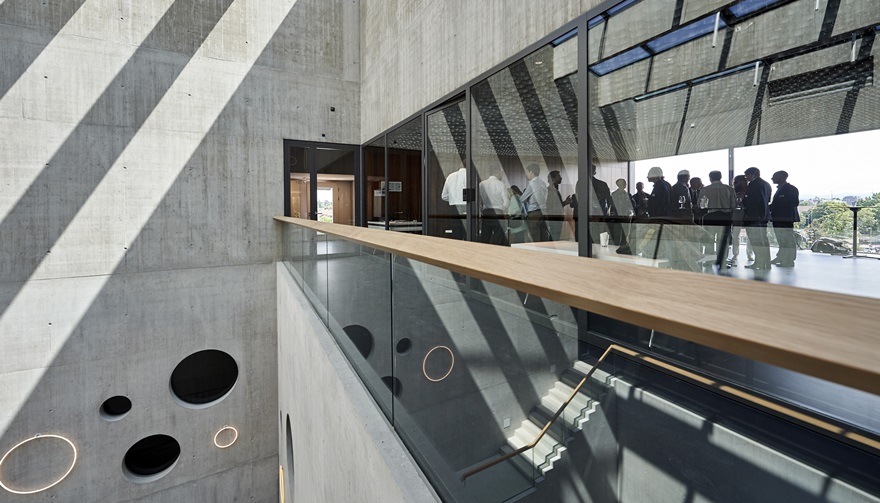 Swiss journalists on a tour through NEST. © Manu Friederich
“Energie-Vorbild Bund” is an initiative to boost energy efficiency within the Federal Administration, which was launched 2013 under the leadership of the Swiss Federal Office of Energy (SFOE). The goal is to increase energy efficiency by 25% until 2020 compared to 2006 and to satisfy the electricity demand entirely through renewable sources. Partners of the initiative include the Federal Department of Defence, Civil Protection and Sport (DDPS), the Swiss Federal Railways (SBB), the Swiss Post, Skyguide, Swisscom and the ETH Domain (of which Empa is part).

Well on track but no reason for complacency 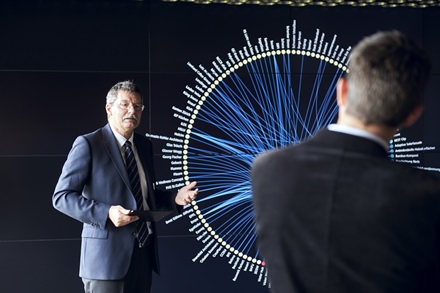 At the info event SFOE deputy director Daniel Büchel explained that in this context the term “Vorbild” (role model) is meant as somebody showing an exemplary behavior rather than having the largest impact in energy savings and climate protection. For instance, a perfectly insulated train station will not slash the city’s energy consumption but it shows that the Federal Administration is taking its energy strategy seriously. Thus far the seven participating institutions altogether have already increased their energy efficiency by more than 25% and close to 60% of the electricity is obtained from renewable sources. However, this success is by no means to be taken as signal to lean back in complacency, stresses Büchel, but rather as an encouragement to persistently continue the taken route.

Empa CEO Gian-Luca Bona and his deputy (and Head of Empa’s Research Focus Area “Energy”) Peter Richner gave an introduction into energy research at Empa. Thereafter the seven partner institutions presented examples of their various measures. The Swiss Post, for instance, will have replaced all fuel-driven delivery scooters with electric ones by the end of the year. Skyguide can curb its CO2 (and noise) emissions by using drones for calibrating its instrument landing system. And SBB is testing a new kind of escalator that recuperates some of the energy when gong downwards.

Finally the journalists visited two large-scale research facilities, “NEST” and “move”, both of which were inaugurated in the last six months. In NEST, the modular innovation building, Empa, together with partners from industry, explores and develops new materials and technologies in the building, construction and energy sector. move is Empa’s mobility demonstrator where new concepts for a fossil-free mobility of the future are worked out and tested under real-world conditions. 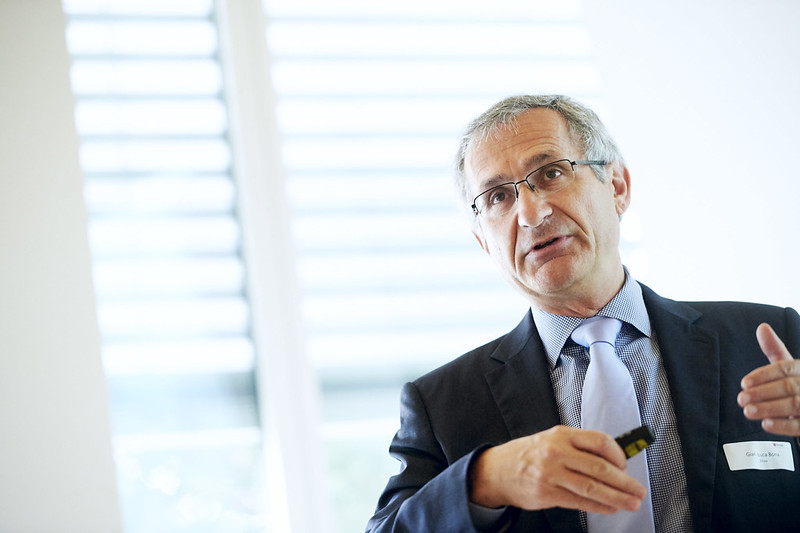 Homepage "The Confederation: exemplary in energy"