Sodium and magnesium to replace lithium in batteries 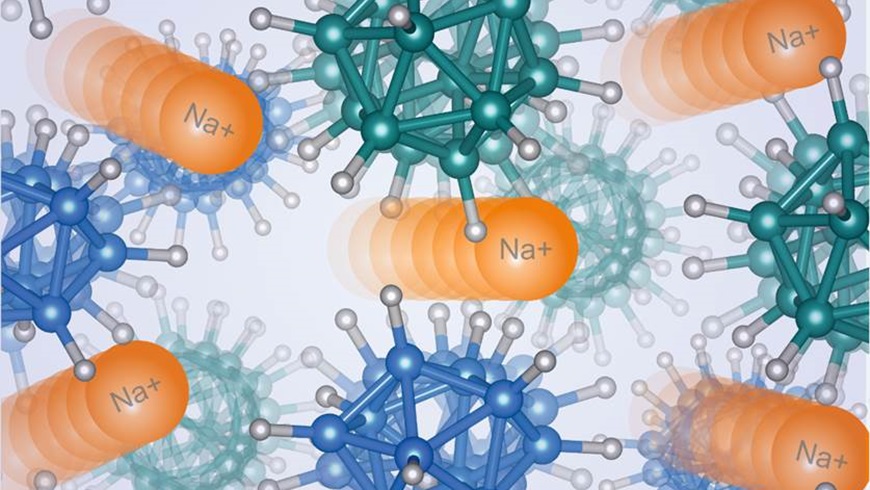 A project supported by the Swiss National Science Foundation (SNSF) aims to find new materials which can be used in rechargeable batteries and eventually provide alternatives to the current lithium batteries. Lithium-based batteries have several drawbacks, such as the limited availability of the raw material itself as well as the numerous safety issues, which are primarily associated with the use of a flammable liquid compound. This problem has been exemplified by the recurrence of exploding mobile phones. The recent research led by Empa scientist Arndt Remhof demonstrates the potential of sodium and magnesium in the development of alternative technologies based exclusively on solid elements. His team has produced experimental battery components based on these metals.

Swiss researchers have developed solid-state battery cells using a solid compound (as opposed to cells which are based on a liquid electrolyte), the design of which poses a significant technical problem. Ions - whether they are lithium, sodium or magnesium - must be allowed to move through a solid medium. By moving from one pole to the other inside the battery, ions (positive charge) facilitate the displacement of electrons (negative charge) and thus the discharge of an electrical current through an external circuit.

To facilitate the displacement of ions, the researchers developed solid electrolytes with crystalline structure. By substituting lithium with sodium or magnesium, Arndt Remhof's team had to completely overhaul their crystalline architecture and use new components and manufacturing processes. "I always like to compare our job to that of a football coach", says Arndt Remhof. "You can bring the best elements together, but if you don't optimise the settings you won't achieve good results!"

Arndt Remhof's team has developed a solid electrolyte that facilitates good mobility of sodium ions at 20 degrees. This last point is crucial: ions require a source of heat in order to move, and inducing a reaction at room temperature poses a technical challenge. The electrolyte is also non-flammable and is chemically stable up to 300 degrees, which addresses the various safety concerns associated with lithium-ion batteries. Hans Hagemann's team at the University of Geneva has been working in parallel to develop cheaper technology for the production of this new solid electrolyte.

Unlike lithium, there are huge reserves of sodium: it's one of the two components of table salt. "Availability is our key argument", says Léo Duchêne of Empa and first author of the research paper. "However, it stores less energy than the equivalent mass of lithium and thus could prove to be a good solution if the size of the battery isn't a factor for its application."

Magnesium: the perfect but complex material

The same team has also developed a solid magnesium-based electrolyte. Until now, very little research had been done in this field. The fact that it is much more difficult to set this element in motion doesn't mean that it is any less attractive: it's available in abundance, it's light, and there's no risk of it exploding. But more importantly, a magnesium ion has two positive charges, whereas lithium only has one. Essentially, this means that it stores almost twice as much energy in the same volume.

Some experimental electrolytes have already been used to stimulate magnesium ions to move, but at temperatures in excess of 400 degrees. The electrolytes used by the Swiss scientists have already recorded similar conductivities at 70 degrees. "This is pioneering research and a proof of concept," says Elsa Roedern of Empa, who led the experiments. "We are still a long way from having a complete and functional prototype, but we have taken the first important step towards achieving our goal."

The Novel Ionic Conductors project brings together researchers from Empa, the University of Geneva, the Paul Scherrer Institute and the Henryk Niewodniczański Institute for Nuclear Physics in Poland. It has been funded by the Swiss National Science Foundation since 2015 as part of the Sinergia programme, which supports collaborative and interdisciplinary research. "What we have managed to achieve in less than two years is quite extraordinary!" says Arndt Remhof.