Rosetta mission comes to an end

So long and thanks for the probes!

For twelve years, the space probe Rosetta served mankind. The European Space Agency (ESA) mission is now drawing to a close as the probe reaches its final resting place on the target comet Tschuri on September 30, 2016. The verdict: the mission of Rosetta and its lander Philae, the first probe to touch down on a comet, was a roaring success. 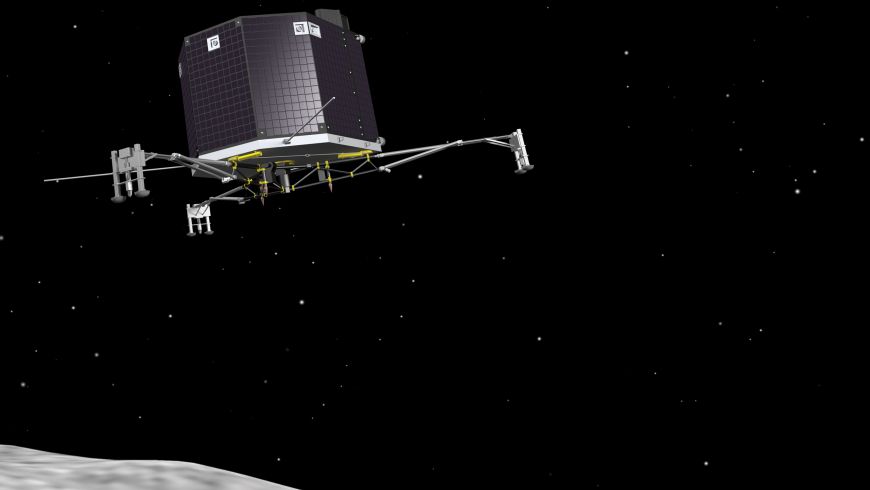 Researchers from the University of Bern and Empa, who were jointly responsible for developing the analysis instrument ROSINA (“Rosetta Orbiter Spectrometer for Ion and Neutral Analysis”), proudly monitored Rosetta’s journey through space; an expedition which began in March 2004 when, primed for lift-off, Rosetta was loaded with eleven different instruments and left Earth onboard an Ariane 5 carrier rocket with an unprecedented mission: to follow a comet after a voyage of twelve years, collect data on it and actually set down a lander on its surface – a first in the history of space travel.

No mean feat: landing on a comet by remote control 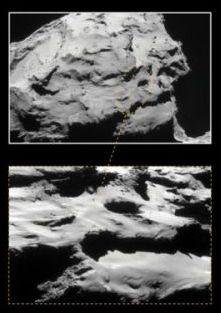 Rosetta’s final resting place: the Ma’at region on the comet 67P/Churyumov-Gerasimenko, or Tschuri for short.

After an initial gravitational slingshot from earth in March 2005 and another from Mars two years later, she encountered the asteroid Steins on her way through space and, after a third swing-by in 2009, the asteroid Lutetia. Rosetta then went into hibernation for three years before reporting back “for duty” right on cue in January 2014. In May that year, she prepared for her rendezvous with the target comet 67P/Churyumov-Gerasimenko – or Tschuri for short.

Rosetta finally reached her destination in August and landed her passenger of twelve years, Philae, on the comet to obtain data from both the atmosphere and the surface of the comet. Philae spent two whole years on Tschuri. And while it got lost on the comet’s surface, Rosetta conscientiously continued with her work as she orbited the solitary, icy boulder in space.

This Friday, on September 30, 2016, Rosetta’s long voyage comes to an end, having covered a total distance of 6.4 billion kilometers. As it is impossible for the space probe to return to Earth, her “minders” at the ESA let her touch down on the comet shortly before one o’clock p.m. CET. Rosetta’s final resting place is in the comet’s Ma’at region, which was named after the Egyptian goddess of truth and justice and ruler of the stars – a truly worthy spot for the industrious probe.