Air analyses at the end of the world

Off to Tierra del Fuego

Levels of greenhouse gas CO2 continue to rise and are about to exceed the next threshold. Empa makes sure that this and other air pollutants can be measured correctly and in a globally comparable way. To do this, Empa researchers will even go to the “ends of the Earth”.

“At first I thought that this long journey wasn’t worth it for the small number of measurements needed,” admits Empa researcher Christoph Zellweger, “but we want to bring the station at this unique location in terms of air quality up to date technically.” So the climate researcher packed his bags after all. His destination: The end of the world. It is situated in Tierra del Fuego, on a group of islands at the southern tip of South America, not far from Cape Horn. The measuring station is located on a peninsula a little distance outside of Ushuaia, the southernmost city in the world. It is part of a global measurement network of the World Meteorological Organization (WMO), which records climate-relevant substances in the atmosphere.

Working all over the world

For a contribution to the Global Atmosphere Watch (GAW) programme of the WMO, which was initiated by MeteoSchweiz, Zellweger travels each year, to three to four of the total of 28 global measuring stations to make sure that the devices are correctly calibrated and are functioning. This involves taking comparative and parallel measurements for the health-damaging gases ozone and carbon monoxide and the climate-relevant gases methane and carbon dioxide – the two main culprits when it comes to global warming.
While the health-damaging gases have returned to more or less steady levels after an initial increase and are no longer demonstrating a clear trend, the climate-relevant gases are increasing constantly. The development of carbon dioxide is particularly alarming. “At the moment it is just about to break through the threshold of 400 ppm,” ponders Zellweger, “that is really a lot, as the levels before the Industrial Revolution were 280 ppm.” To stop this increase, he says, we would have to avoid burning fossil fuels completely. But the researcher is pessimistic: “Even if the emissions were to stop immediately, the atmosphere would continue to heat up for a while.” This is because CO2 is very long-lived and remains in the air for decades until it is absorbed by the oceans or converted back to biomass by plants. However, deforestation is a topic even in as remote a place as Ushuaia. The forest around the city has to yield more and more to uncontrolled urbanization.
The proximity to the city is not a problem for the measuring instruments, as they record not the urban emissions but generally unpolluted air that blows in from the South Pole. The researcher is satisfied with the quality of the data. While the values are not always within the quality targets, Zellweger is surprised that the devices still provide such reliable measurements despite their age. Because they are over 15 years old and their maximum life span has actually been reached, Argentina wants to invest in new equipment in the near future.
The next station that Zellweger will visit is not quite as remote, but no less spectacular. It is located in France, on the “Puy de Dôme“ volcano in the department of the same name, on the highest of 80 extinct volcanoes in this mountain range. 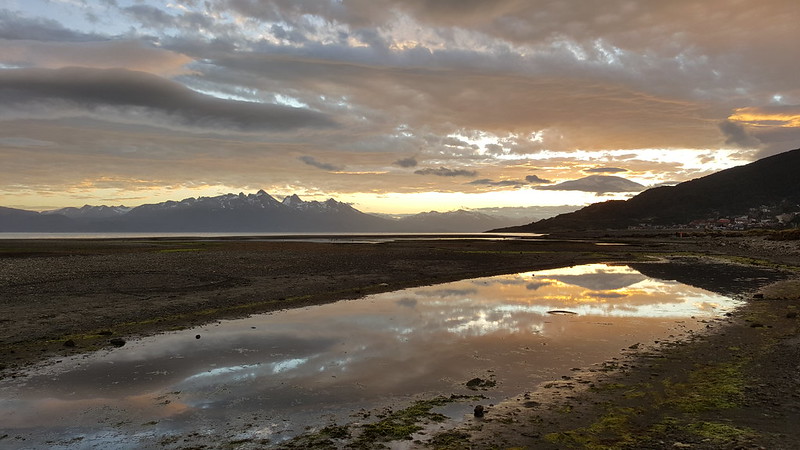