NEST officially opened just over a year ago – and a great deal has happened since. At the partner event on 22 June 2017, the NEST network partners – which now number over 100 companies and research as well as public institutions – took a look back at the past year and toured the NEST construction sites currently underway. 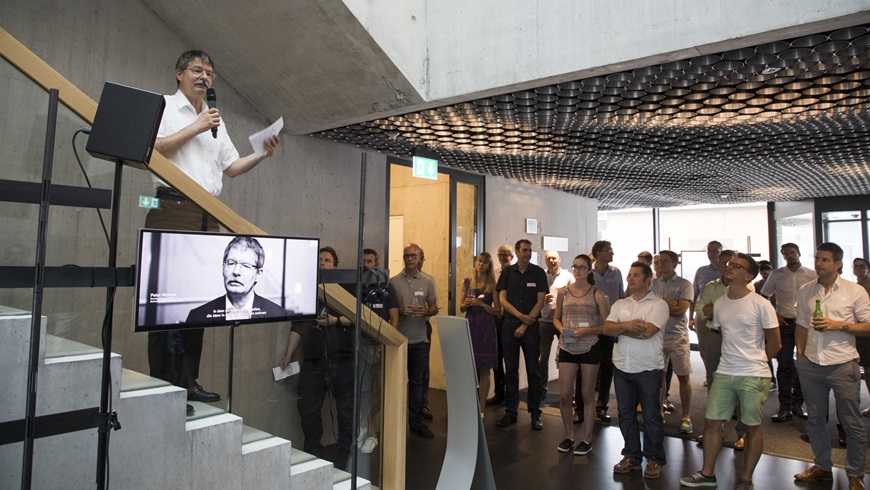 NEST is now definitively a "living lab": not only are the existing offices and residential spaces occupied in the Meet2Create and Vision Wood units, but numerous visitors stream into NEST every day for tours, events, meetings or workshops. "Over 10,000 people visited the NEST in the last 13 months," said Empa’s Deputy CEO, Peter Richner, in his brief retrospective at the event. More than 120 events were organized by the NEST partners.

A tour of the building showed the partners the latest developments. At the construction site for the Solar Fitness & Wellness unit, most of the work that can be seen from the outside is complete. Behind the scenes, however, workers are putting all their efforts into commissioning the spa facilities. In DFAB HOUSE, the construction robot "in situ fabricator" from the National Center of Competence in Research (NCCR) “Digital Fabrication” is working on a load-bearing, form-free concrete wall. One of the first elements of the HiLo unit can be seen on the south side of the top platform. Here, ETH Zurich researchers will adapt a versatile solar facade to the local conditions. In addition to the tour, a brainstorming session led by NEST managing director Reto Largo allowed the partners to voice their needs and suggestions for ways, in which NEST can support them in navigating the big issue of "digitalization in the construction sector."

An important milestone in NEST's one-year history was the "Umsicht – Regards – Sguardi 2017" award bestowed by the Swiss Society of Engineers and Architects (SIA) in March 2017. The prize came in the form of a key cylinder, the so-called sesame lock. It was placed in its permanent home – embedded in a concrete wall of the NEST atrium – during the partner event. In his tribute, SIA Vice President Daniel Meyer quoted from the jury report and once again stressed the uniqueness of NEST, both in terms of the operational concept and in terms of architectural and technical implementation. NEST is hosting the "Umsicht – Regards – Sguardi 2017" traveling exhibit, with all prize-winning projects, until 6 July 2017; it can be visited by the public on two afternoons. 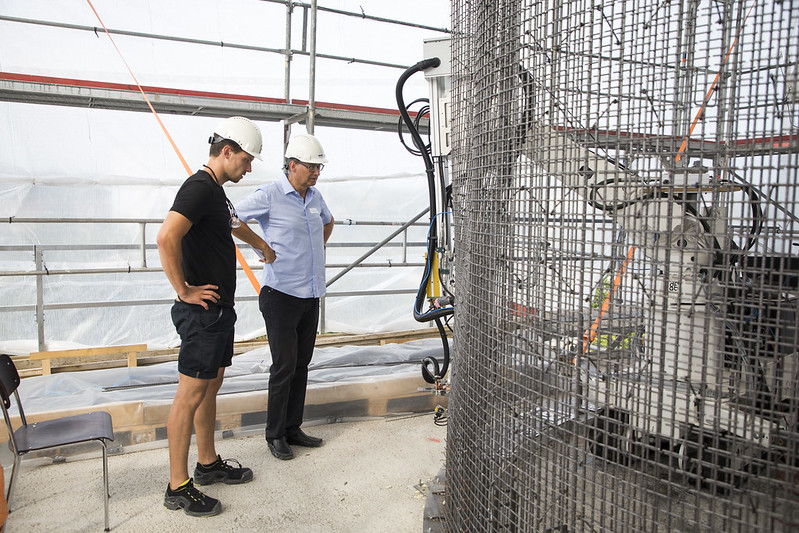