Founded in February 2018 as an Empa spin-off, the start-up company MIRO Analytical received one of the coveted Innosuisse Certificates in October. The certificate reflects the remarkable progress the young company made during the funding agency's coaching program and confirms that the start-up is ready for sustainable growth. 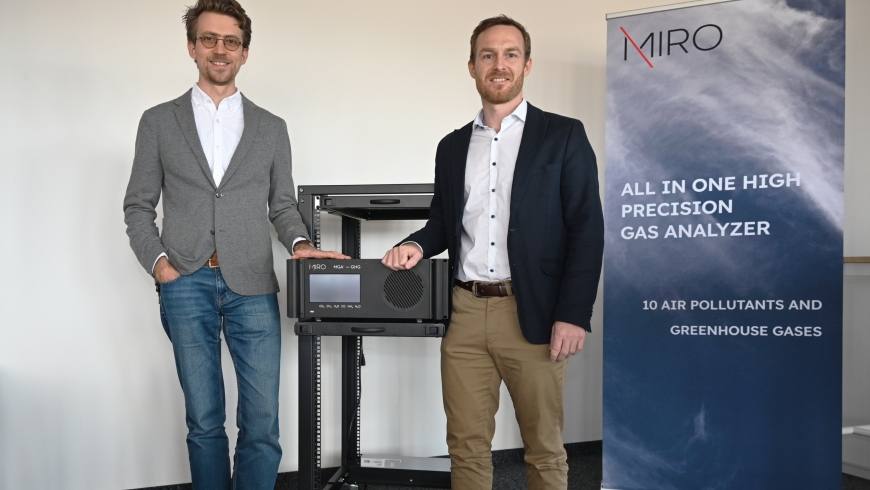 It is the preliminary climax of a success story. MIRO Analytical, founded a good four years ago by Empa researchers Morten Hundt and Oleg Aseev, receives an Innosuisse Certificate. The start-up, based in Wallisellen/ZH, now employs eight people and produces instruments for measuring greenhouse gases and pollutants in the atmosphere. Until now, such devices were complex, expensive and usually consumed a lot of energy, since almost every gas is measured using a different method. Hundt and Aseev, on the other hand, while still working as researchers in Empa's Air Pollutants/Environmental Technology lab, developed a method to simplify this process. They succeeded in measuring a total of ten greenhouse gases and air pollutants simultaneously and monitoring them with high precision using just one device: Carbon monoxide (CO) and carbon dioxide (CO2), ammonia (NH3), water vapor (H2O), nitrogen oxides (NO and NO2), nitrous oxide (N2O) and ozone (O3), as well as sulfur dioxide (SO2) and methane (CH4).

The method developed by Hundt and Aseev is based on laser absorption spectroscopy and combines several quantum cascade lasers in one device. In this process, the light from the lasers is absorbed by the gas molecules. "The higher the absorption of the light, the higher the concentration of the pollutants in question in the analyzed air sample. So, it is a direct and absolute measurement method," Hundt explains. "Furthermore, we have chosen the spectral measurement range in such a way that there are no cross-sensitivities to worry about," adds Aseev. In February 2018, the two researchers founded MIRO Analytical to initially position themselves in the climate science and air quality monitoring market with their novel sensor. 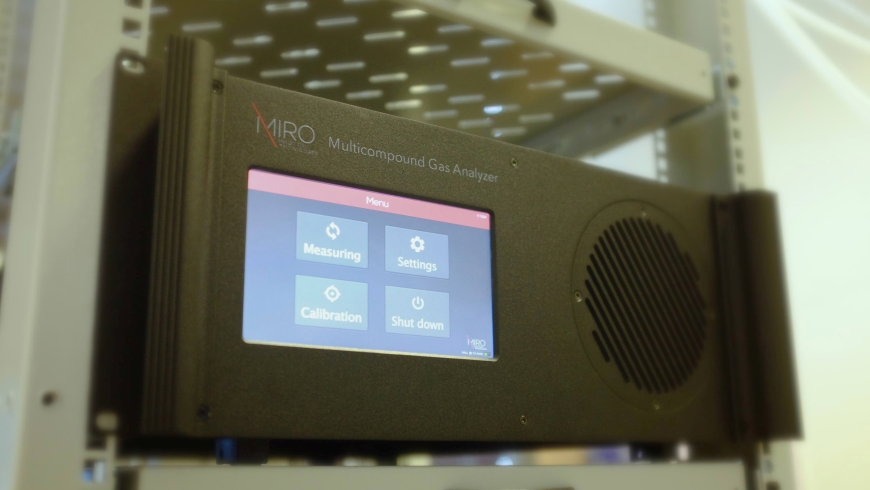 The start-up already scored its first success in 2019: It was one of six start-ups funded for an initial two years by the European Space Agency (ESA) in its incubation center ESA BIC Switzerland. "Our device is interesting for ESA because, on the one hand, it could be used on missions to explore the atmosphere of planets like Mars, and on the other hand, it can serve as a reference station for satellite-based measurements on Earth," Morten Hundt explained at the time.

But that was not all: following this funding, there were further successes such as winning an EIC Accelerator Grant (2019) as part of the EU's Horizon 2020 funding program and further funding from the Technology Fund (2020) and the Swiss Climate Foundation (2021).

A lot has happened in the meantime. MIRO has already been able to win a number of customers, mainly institutions such as the Jülich Research Center and the Karlsruhe Institute of Technology (KIT). As part of the Integrated Carbon Observation System (ICOS), a network of more than 140 stations for measuring greenhouse gases in Europe, Empa is also using one of the devices, and another is being used for climate research in an aircraft operated by the German Aerospace Center (DLR). The high-end instruments offer the high precision that is required in research.

However, greenhouse gases and global warming are also increasingly important topics for the public. MIRO's instruments are therefore ideal for the necessary area-wide greenhouse gas and air quality measurements, because one such instrument is less expensive - both in terms of purchase and maintenance - than ten individual ones, each of which can measure only one gas.

Where, on the other hand, ten greenhouse gases and air pollutants do not need to be measured at the same time, devices that only measure greenhouse gases, for example, are a good choice. That's why the MIRO team has expanded its product range to reach new customer groups, such as cities and municipalities. Everything is built in the laboratories in Wallisellen, all "Swiss Made". MIRO has grown steadily over the past four years and, Hundt says, will likely turn a profit for the first time this year.

And in October, Innosuisse, the Swiss Agency for Innovation Promotion, awarded MIRO the coveted Innosuisse Certificate. This reflects the remarkable progress the young company made during the funding agency's coaching program and confirms that the startup is ready for sustainable growth. It is a quality label for potential investors, which MIRO now needs for its planned expansion into new markets, for new applications and new developments. 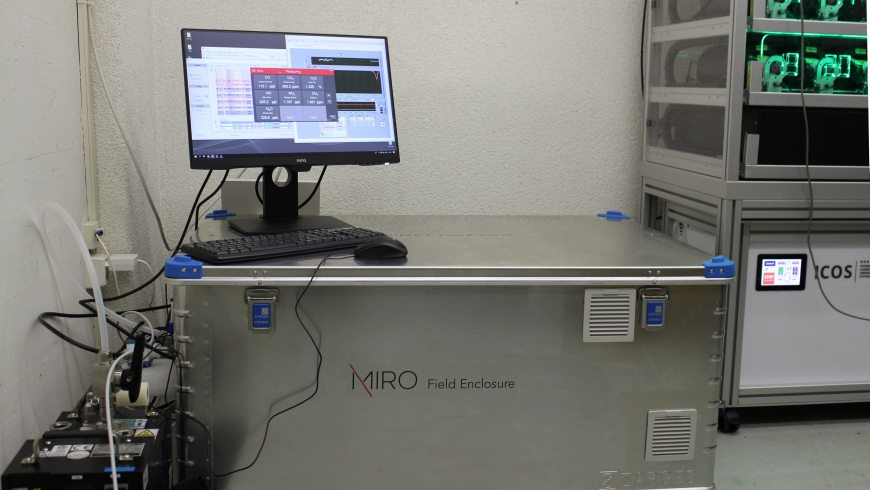 Empa uses one of MIRO's instruments as part of the Integrated Carbon Observation System (ICOS), a network of over 140 stations measuring greenhouse gases in Europe. Image: Empa
Information