For the third time now, a spin-off of Empa has been chosen to join the Business Incubator of the European Space Agency ESA. The young company "MIRO Analytical Technologies" by Morten Hundt and Oleg Aseev develops high-tech sensors based on quantum cascade lasers. 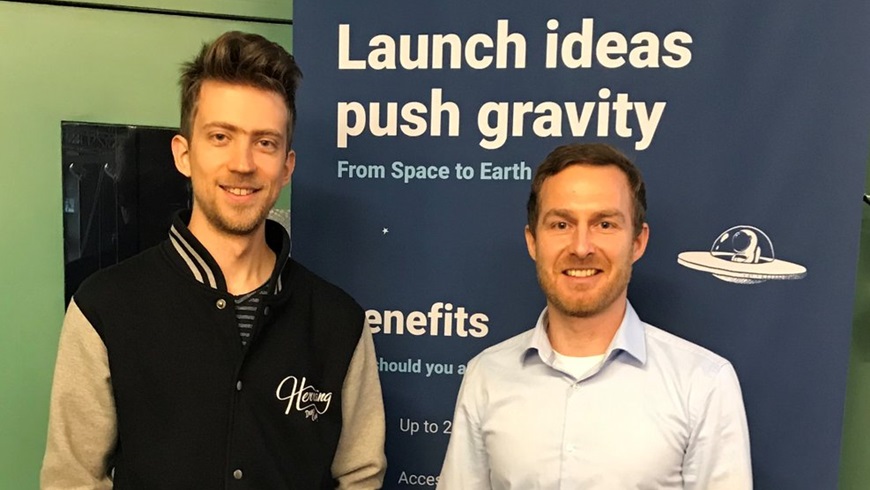 A total of six new start-ups will be funded for the next two years by the European Space Agency ESA in its incubation center ESA BIC Switzerland. Among them was the Empa spin-off MIRO Analytical Technologies, which impressed the jury with its sensor based on quantum cascade lasers. The sensor enables the measurement of a total of ten greenhouse gases and air pollutants simultaneously. The new approach is based on laser absorption spectroscopy and combines several quantum cascade lasers in a single device, which enables high-precision measurement of several gases at the same time. "Our instrument is interesting for ESA because it could be used on missions to explore the atmosphere of planets such as Mars, but it can also serve as a reference station on Earth for satellite-based measurements," explains Morten Hundt.

The companies supported by ESA BIC Switzerland now receive €50,000 every six months. Once the first phase has been successfully completed, the funding can be increased to a total of € 200,000. ESA's Business Incubator specifically supports companies whose promising technologies could be used for future space missions. Following the IRsweep and TwingTec start-ups, MIRO Analytical Technologies is Empa's third spin-off selected for ESA BIC Switzerland.