The former Empa scientist Kristýna Kantnerová receives the METAS Award 2021 in analytical chemistry, awarded by the Swiss Chemical Society, for her PhD thesis. In her research, she took a closer look at the well-known greenhouse gas nitrous oxide and developed a method for identifying and quantifying very rare, doubly substituted nitrous oxide isotopocules (isotopically substituted molecules) – an important step towards a better understanding of their formation and how to curb nitrous oxide emissions in the long term. 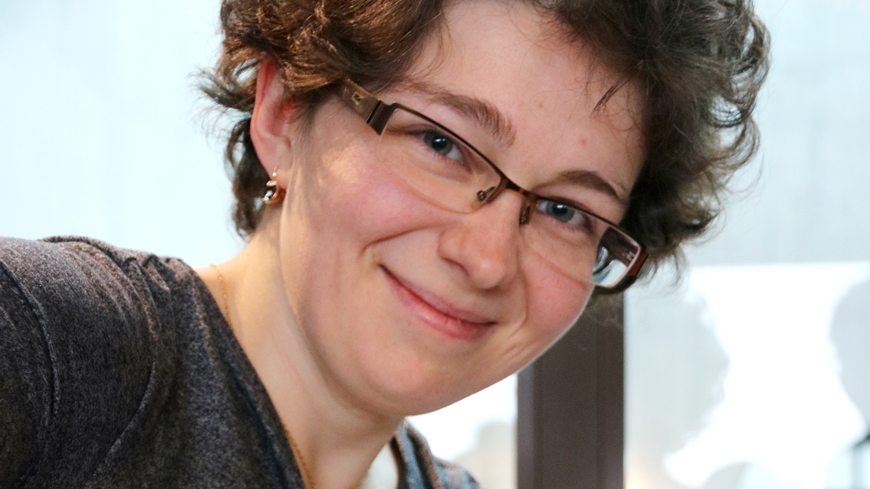 Kristýna Kantnerová received the METAS Award by the Swiss Chemical Society for her "outstanding and timely work in the field of metrology of clumped isotopes of nitrous oxide" at Empa. Image: Empa

Nitrous oxide (N2O), better known as laughing gas, is considered one of the major drivers of climate change, accounting for 6% of global warming. The sources of the greenhouse gas are well known and are related to agriculture and the use of fertilizers, to biomass burning, but also to natural emissions from soils and oceans. N2O reduction remains a challenge because the gas is formed by different microorganisms and the contribution of different metabolic pathways to the overall emissions cannot be accurately determined to date. As part of her PhD thesis at Empa, Kristýna Kantnerová developed a new analytical method to identify nitrous oxide molecules containing two rare isotopes of nitrogen and oxygen. In the long term, her work should contribute to a better understanding of the biochemical N2O cycle. For her work, she received the METAS Award, worth CHF 5,000, which is awarded to young scientists in Switzerland who make outstanding contributions in the field of metrology in chemistry or biology. 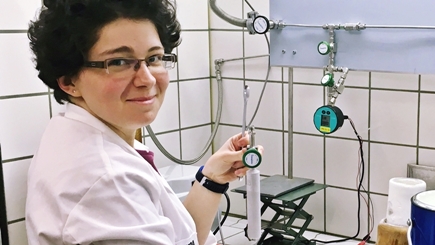 Kristýna Kantnerová in her lab at Empa. Image: Empa

The isotopic composition of N2O changes depending on the formation or decay path. Nitrogen has two stable isotopes, oxygen has three – thus a total of twelve different N2O isotopic compounds can be formed. The ratio of these isotopic compounds, also called isotopocules, is characteristic and is considered a kind of fingerprint for the respective formation pathway. To decipher this fingerprint, Kantnerová developed a new analytical method based on quantum cascade laser absorption spectroscopy (QCLAS). QCLAS is an established technique in atmospheric chemistry to detect trace gases. However, until now, researchers have lacked spectroscopic tools to distinguish between the doubly isotopically substituted N2O compounds.

Part of her PhD thesis was, on the one hand, the theoretical basis of the doubly substituted N2O isotopocules and, on the other hand, the development of a novel analytical method. She even traveled to the US to "tinker" with her quantum cascade laser absorption spectroscope, together with the instrument's manufacturer.

In addition to the international collaborations during her PhD thesis – a grant enabled Kantnerová to spend three months in Yokohama, Japan – the young scientist is pleased to be able to make an important contribution to atmospheric and environmental research: "It's great that I was able to combine my interest in laser spectroscopy with my research and then lay a foundation for better understanding N2O and its reactions in the atmosphere and environment in the long term." Kristýna Kantnerová is now continuing her research at ETH Zurich as a postdoctoral researcher in "Sustainable Agroecosystems" group.

International Day of Women and Girls in Science

Thursday, February 11, is the International Day of Women and Girls in Science. This day was launched in 2015 by the UN Organization for Gender Equality and the Empowerment of Women ("UN Women") and the UN Educational, Scientific and Cultural Organization (UNESCO) to promote full and equal access to and participation in science for women and girls. Currently, 30 percent of researchers and 35 percent of all students in STEM (mathematics, computer science, natural sciences and technology) subjects worldwide are women. The reasons for this are bias and stereotypes that girls and women still face. In order to achieve scientific and technological progress that works for everyone in the future, gender equality is essential.

International Day of Women and Girls in Science