For his pioneering work on the surface chemistry of nanocrystals and their use for electronic and optoelectronic devices, including batteries, photodetectors, thermoelectrics, solar cells and light sources, Empa/ETH Zurich researcher Maksym Kovalenko was awarded the Dan Maydan Prize 2021 by the Hebrew University of Jerusalem. The $10,000 Prize is awarded each year to outstanding young scientists for their accomplishments in the field of nanoscience and nanotechnology. 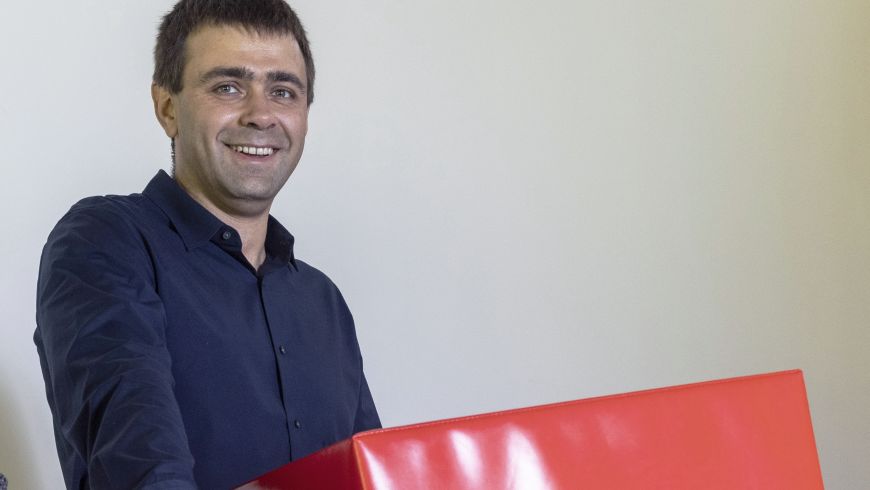 Maksym Kovalenko's research is focused on novel and functional inorganic materials. In particular, the latest generation of semiconductor nanocrystals made of perovskites, pioneered by his team, are promising as novel classical light sources (for instance, for displays) and as future quantum light sources. The novel inorganic surface chemistry developed over the past decade enabled and advanced the integration of colloidal nanocrystals into solar cells, photodetectors and thermoelectrics. His team also focuses on bulk single crystals lead halide perovskites that can be used in affordable detectors for X-ray and gamma radiation. His research repertoire also covers new materials and concepts for low-cost batteries comprising Earth-abundant elements such as aluminum, sodium and magnesium. 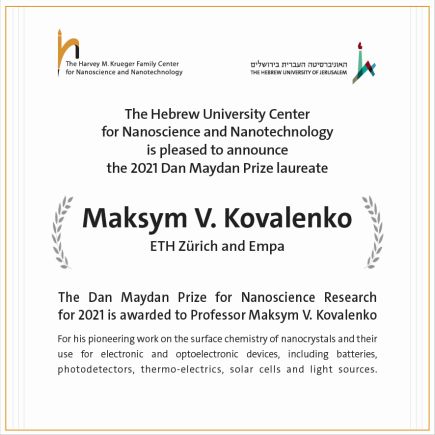 Since joining ETH Zurich and Empa in 2011 Kovalenko has been awarded numerous scientific prizes, among them the two most important scientific awards for chemistry in Switzerland – the Ruzicka Prize in 2013 and the Swiss Chemical Society's Werner Prize in 2016 –, the Rössler Prize in 2019 as well as both an ERC Starting Grant back in 2012 and one of the highly prestigious ERC Consolidator Grants in 2018. "With his outstanding research over so many years, this award is more than deserved for Maksym Kovalenko", says Pierangelo Gröning, Member of Empa's Board of Directors and Head of the Advanced Materials and Surfaces Department.