Satellite being X-Rayed at Empa

“Eureca” on yet another journey 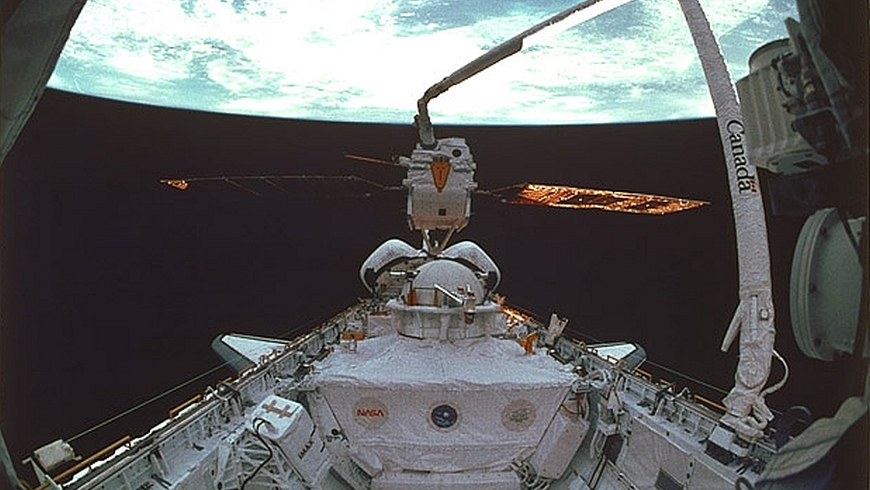 Into space with Claude Nicollier

The exciting journey of Eureca (European Retrievable Carrier) began on 31 July 1992 when it was launched into space in the belly of the space shuttle “Atlantis”. The satellite was designed with the aim of learning more about the influences of very low gravity, or so-called microgravity. To reduce both construction costs and the amount of debris floating around in space, the ESA decided to call on a reusable satellite.

Also on-board the space shuttle was the Swiss astronaut Claude Nicollier, who was responsible for releasing the delicate cargo. Equipped with about 70 different experiments, Eureca spent almost a year (from July 1992 to June 1993) orbiting the Earth at a speed of 28,000 km/h while taking scientific measurements. For example, Eureca was used to acquire major insights into the influence of space on materials and organisms as well as testing new space technologies.

Switzerland was represented with technologies developed by Contraves AG (now Ruag Space) as well as an experiment developed and built under the aegis of the Davos Physical Meteorological Observatory. The space shuttle “Endeavour” collected the satellite once its mission was complete. Eureca is thus one of the very few examples of an unmanned spacecraft that has returned to Earth intact. 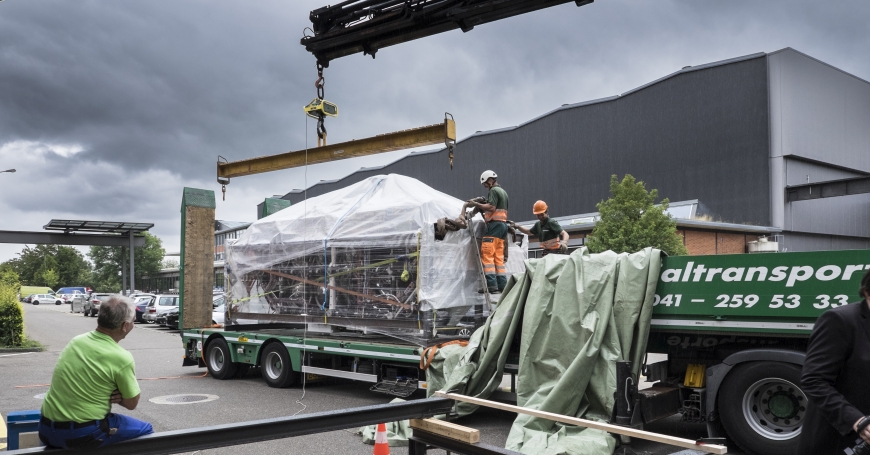 Arrival at Empa: Eureca is being unloaded in front of Empa's Center for X-Ray Analytics.

Back in Bremen where the satellite was manufactured, it was due to be prepared for the second of five planned missions. For cost reasons, these flights were cancelled and Eureca was decommissioned. When the Museum of Transport asked the European Space Agency (ESA) for an attractive exhibit at the end of the 1990s, its member states agreed to donate Eureca to the museum in Lucerne. In November 2000, Eureca was suspended from the ceiling of the aviation hall.

The satellite has now left the Museum of Transport to be X-rayed at Empa in Dübendorf. Empa is taking advantage of this unique opportunity to examine a satellite that has already travelled into space. While they were in space, the materials from which is Eureca is made were exposed to extreme conditions such as high temperature variations, cosmic radiation, very small particles and microgravity.

The special X-ray unit at Empa uses particularly high-energy radiation, thereby producing very high-resolution images. Only Empa has the means of X-raying the satellite – which is as tall as a man, weighs three tons and is four metres wide by three metres long – as a single object and thus to explore its insides. In addition to the main structure of the satellite, Empa will also examine smaller, individual Eureca experiments and produce a detailed analysis of the material changes caused by the year-long stay in space. By working with the scientists involved on the original mission, a new scientific evaluation of Eureca will thus be conducted. The idea resulted from discussions between the team of Empa's Center for X-Ray Analytics and the Swiss Space Center (SSC), who is thus the project coordinator and the link to the Museum of Transport.

Back in 2000, it was impossible to fully extend both solar panels of the satellite due to a lack of space. In the new aerospace exhibition due to open to the public on 25 November 2016, the satellite will be given a prominent place better suited to its unique importance. Its new location will show Eureca and the 20- metre span of its solar panels in all its splendour. Visitors to the future exhibition in the Museum of Transport will also be able to admire attractive photographs of Eureca’s inner workings.

The main attraction of the new aerospace exhibition will be the space converter. Visitors will be able to walk along the walls and ceiling as if they were in a real space station and experience the feeling of weightlessness. A multi-axis trainer offers brave visitors the chance to conduct a self-experiment. The training device allows you to see at first hand how astronauts prepare for their space mission.