Quantum cascade lasers are able to measure the smallest molecules with high precision. But the technology has failed to measure larger gas molecules - until now! Empa researchers have succeeded in quantifying ethanol, an important organic molecule, with the aid of such a laser. In collaboration with the Swiss Federal Institute of Metrology (METAS), a team of researchers has successfully developed a method for determining the concentration of ethanol in a gas mixture with a very high proportion of water vapour and carbon dioxide. 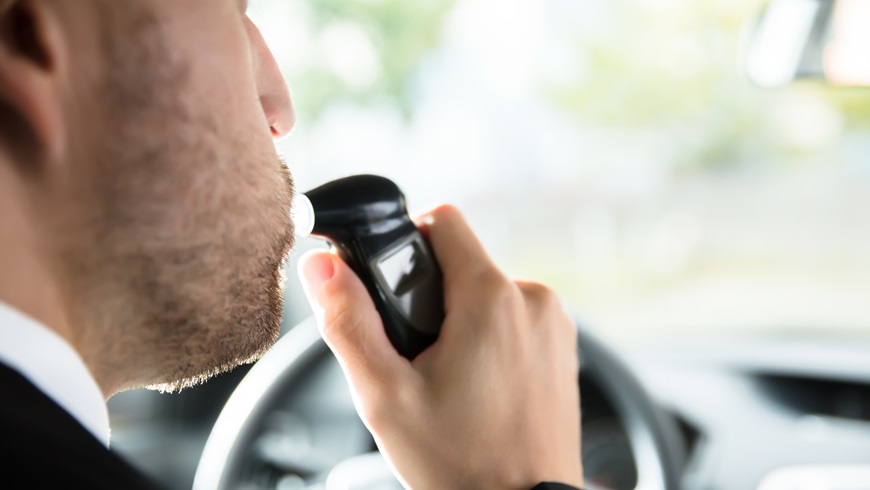 Quantum cascade laser spectrometry is an established method for effectively and accurately measuring different gas concentrations. The laser devices have so far been particularly successful in measuring small molecules, such as gaseous air pollutants or greenhouse gases. However, researchers at Empa have now succeeded in optimizing a laser spectrometer so that larger molecules can be measured. "We were able to visualize the fine structure of the infrared absorption of molecules," says Lukas Emmenegger, head of the Air Pollution / Environmental Technology lab.

In order to determine the concentrations of the different molecules in a gas mixture, a laser beam is shot through a so-called multiple reflection cell at the gas mixture, whereby the light of the laser is then absorbed by the gas molecules. The higher the absorption of the light, the higher the concentration of the molecules concerned. In order to be able to quantify larger molecules, the researchers used a laser with very high resolution, reduced the pressure of the gas sample and took a close look. As a result, the finest deviations in the spectra became visible (see graph).

This new achievement by Empa researchers is so successful that it is already being applied. In collaboration with the Swiss Federal Institute of Metrology (METAS), the team has developed a device that is now used to compare the reference gases used to verify alcohol measuring devices. The concentration of ethanol in synthetic breath - a mixture of ethanol, water, carbon dioxide and nitrogen - is measured far more precisely than with previous methods. The alcohol measuring instruments used by police officers, for example, are approved and calibrated by METAS. Different methods for the production of reference gases are used worldwide. However, these methods achieve different results: This is an unsatisfactory solution, because a few percent difference can have a great effect when calibrating alcohol measuring instruments. In order to be able to guarantee uniform and comparable measurement results, a precisely defined reference method is required in Switzerland in which a calibration gas is produced by saturation with an alcohol-water mixture.

"With the quantum cascade laser, these reference gases can now be compared accurately and reliably," says Emmenegger. This is an important task, as it is also relevant for instrument manufacturers to know which reference gas mixtures are being compared. This can lead to the situation in which the instrument with the same adjustment fulfills the requirements in one country but not in another, simply because the country in question adjusts using a different method. Reliable measurement with the quantum cascade laser can help to standardize reference systems so that requirements can be met equally in different countries.

However, Emmenegger and his team are already thinking ahead because the method of accurately measuring different organic molecules of different sizes offers a wide range of other applications. Thanks to the joint project with METAS, the researchers have been able to develop an approach that enables many other applications, such as medical analysis of breathing air or environmental monitoring.