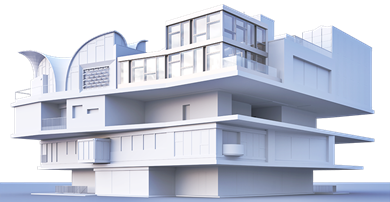 Step2 - New Unit at NEST
A spiral staircase in the shape of a spine from 3D printing, a ribbed filigree ceiling that requires around a third less material, and an energy-efficient building envelope that ensures optimum comfort: a new Unit is being planned at NEST. STEP2 - as it is called - brings together innovations in the fields of circular economy, industrial and digital fabrication, and building envelope and energy systems. The two-story unit will be built on the top NEST platform and is scheduled for completion in summer 2022. (Illustration: ROK Architekten).
>>>> 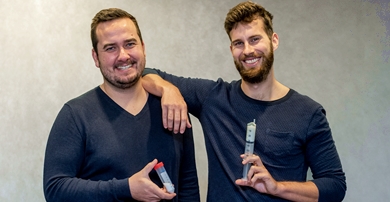 Glue for wounds
The first prize of the 2020 "Empa Innovation Award" went to a novel tissue adhesive technology that promises faster and safer wound healing. It was developed by researchers from Empa's "Particles-Biology Interactions" lab together with ETH Zurich's Nanoparticle Systems Engineering Lab. Unlike previous wound adhesives, which consist mainly of the body's own protein fibrin, the technology is based on a combination of inorganic nanoparticles. The adhesive particles bind particularly well to bone or soft tissue. Accelerated coagulation improves the treatment of external and internal wounds. Sebastian Loy and Tino Matter (right) developed the new tissue adhesive and founded the startup company Anavo. (Image: Anavo)
>>>> By hook or by crook
Since 1970, Empa has been running a globally unique test to investigate the long-term behavior of bonded steel reinforcements on a concrete beam. Investigations like this have contributed to the fact that bonded reinforcement is now state of the art as a strengthening method, and engineers have confidence in this construction method. The concrete beam reinforced with a steel lamina has been supporting a load of just over six tons. (Image: Empa)
>>>> The varnish influences vibration, stability and moisture content of a violin. Empa researchers, together with PSI scientists, have now been able to use the latest imaging techniques such as in-situ neutron tomography to gain insights into the depths of varnished violin wood. Under the UV light microscope it is possible to see how the varnish covers the honeycomb-like wood structure. Depending on the type of varnish it also penetrates the wood to varying depths. This picture shows a shellac-alcohol varnish in orange. (Image: Sarah Lämmlein / Scientific Reports)
>>>> In praise of contradiction

Wherever you look these days, one conjecture comes to mind: we have forgotten how to deal with contradiction. Instead of dealing with counterarguments in a factual way, we are quick to play tough in controversial discussions. This rarely pans out well; just look at the furious Viking-shaman in the U.S. Capitol...

A glance at science might be useful here. Science thrives on contradiction. The Austrian-British philosopher Karl Popper considered it one, if not THE high road to acquiring new knowledge. Everything can be thought, said and asserted. But every hypothesis, assertion or theory, as soon as it has been put into the world, has to be met with critical scrutiny. If it can be refuted, it is thrown overboard and a new thesis is to be developed – which in turn ... I think you get it.

It is thus hardly surprising that sometimes, when the state of knowledge is still patchy, different scientists favor different ideas. The public often perceives this as “cacophony” and disunity within the research community. In fact, however, we merely see scientists at work and observe how they check their own and other people’s ideas for disagreements.

We could take an example from this way of working in future social and political debates. However, this means we have to be prepared to question our very own convictions, not just those of our counterparts. 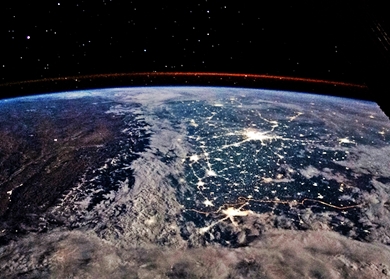 Coveted prize for researcher
The European Research Council (ERC) has awarded one of the coveted "ERC Consolidator Grants" to Empa researcher Dorina Opris. Thanks to the award, which is endowed with around 2 million euros,  she will be able to further expand her research group in the field of novel polymers for energy conversion over the next five years. These innovative polymer materials can, for example, change their shape in response to an electric field - and thus act as "artificial muscles," they could generate electricity when stretched, cool, for which they require extremely little energy, or convert heat directly into electricity.
>>>> 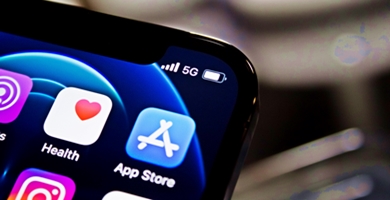 How does 5G affect the climate?
Researchers at Empa and the University of Zurich have been mandated by the swisscleantech trade association and Swisscom to study the impact that the 5G mobile communications standard will have on greenhouse gas emissions. The study shows that the expansion of the 5G network can significantly reduce environmental impacts. One reason for this is greater energy efficiency. Added to this are savings due to intelligent power grids or more targeted use of fertilizers and pesticides in agriculture.
>>>> 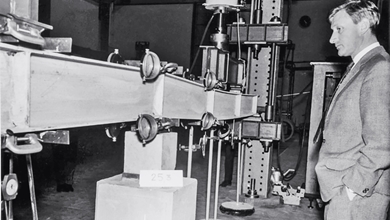 Empa pioneer turns 100
Alfred Rösli celebrated his 100th birthday on December 7. The civil engineer joined Empa immediately after completing his studies at the ETH and, apart from a research period in the USA, remained at the research institute until the end of his career. Here he implemented his innovative ideas in the field of structural dynamics, for which he received worldwide recognition. The large-scale tests for complex structures, which continue to take place at Empa to this day, are Rösli's legacy.