The bronze hand of Prêles/Bern

In autumn 2017, the archaeological service of the Canton of Berne was amazed when two private individuals delivered a crusted lump of metal. The bronze hand of Prêles, decorated with a ribbon of gold, turned out to be the oldest bronze sculpture of a human body part in Central Europe. But where did the metals of the sensational find come from? Empa researchers were involved in the investigation. 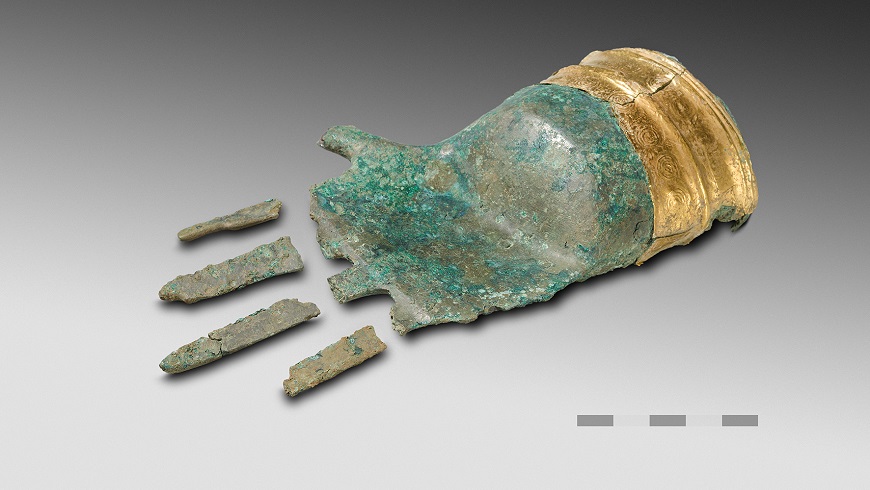 The bronze hand of Prêles including a finger found later in the tomb. Image: P. Joner, Archaeological Service of the Canton of Bern.

Marianne Senn from Empa's Advanced Analytical Technologies department is familiar with metals. As a leading researcher in the field of archaeo-metallurgy, she has already carried out numerous analyses of historically valuable relics. This also applies to the bronze hand of Prêles. With a professional look through the microscope, she could quickly see that the metal had been cast - a technology that was advanced at the time. This is indicated by the structure of the dendrites under polarized light.

Senn and the team were then left to bring the "inner values" of the artifact to the surface. In order to determine where the metal in Prêles' hand actually came from, it was necessary to take samples from inside the plastic - without damaging the object too much, of course. The team drilled a hole in the fragile plastic to remove chips from the material beneath the corroded metal surface. This process was not harmless - the artifact is extremely fragile, the hand could not be clamped in a conventional vice for the drilling. A negative of the 3D model was a remedy. Restorer Sabine Brechbühl from the archaeological service packed the bronze hand into a negative of this model, which optimally distributed the pressure when drilling. The chips then went to the French speaking part of Switzerland for analysis.

Metal from all over Europe 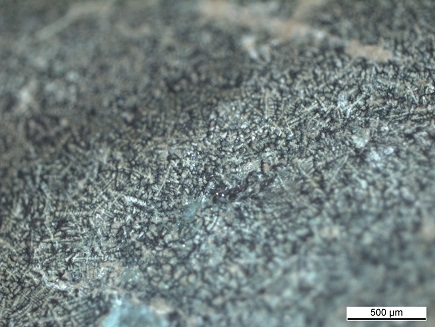 The chips were then analysed at Metallor in Neuchâtel, at the University of Geneva and at CEZ Archäometrie in Mannheim. The conclusion so far has been that the metal from which the hand was made comes from various sources. Barbara Beck of the University of Lausanne explained at the "Table ronde" of the Archaeological Service at the end of October that the signature of the copper speaks for mining in the "Massif Grandes Rousses" in the French Alps. However, the metal could also come from the Val d'Anniviers in Valais. The research team assumes that the gold for the bracelet comes from Ireland or Schleswig-Holstein, the tin from Cornwall or the Ore Mountains. Tin is needed to make bronze, and this was only found in a few places. The material composition of the bronze hand thus provides indications of flourishing trade relations in those days.

The researchers were able to determine the age of the bronze hand thanks to the vegetable adhesive with which the gold band was attached to the hand. The bronze hand of Prêles is 3500 years old. Radiocarbon dating revealed that the find was made in the first half of the 15th century BC. It seems that the person who was buried with this hand was extremely important. During subsequent excavations, archaeologists found the bones of an adult man, a bronze robe needle, hair ornaments and the remains of the gold sheet at the site of the hand, which are believed to have come from the bronze hand. So all these grave goods indicate that the deceased must have been a person of importance.